Paddy Clarke chooses his man for the Louth job

Colm Nally is his candidate of choice 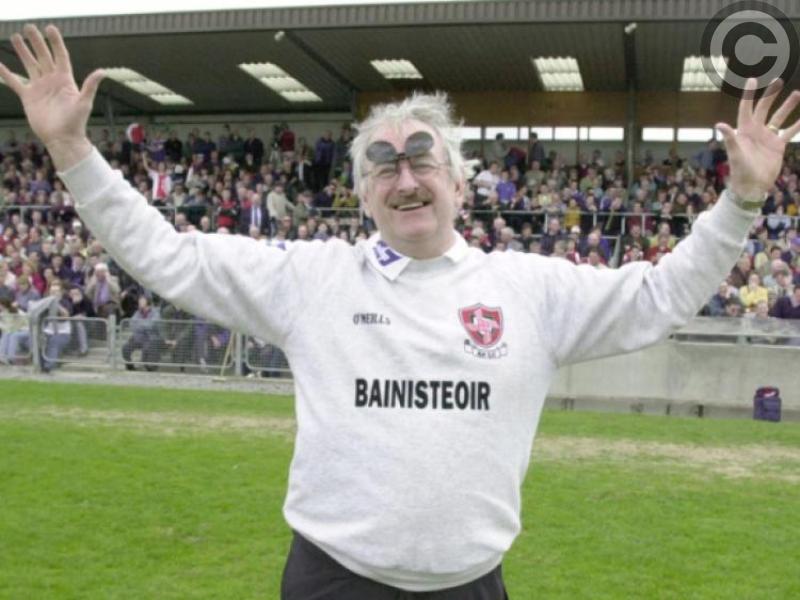 Despite saying he has “yet to be contacted over the job”, Nally remains the outstanding favourite for the post and his former manager has now gone on the record in support of the Newtown Blues clubman.

“Colm Nally is the man,” Clarke told the Dundalk Democrat.

“He has everything going for him and he has that one special ingredient. That is his man-management skills.

“He has wonderful man-management skills. You talk to the St. Colmcille’s lads and they speak so highly of him because Colm can both talk and listen to players.

“We had a goalkeeping change midway through my four-years in the job where Colm came in to replace Niall O’Donnell and I’ve held great admiration for him since then.

“I don’t see any other candidates because normally when someone takes a county job, it’s either because they feel they have a chance of doing something with the team or because the money is good.

“Dublin minors should have reached the All-Ireland minor final on Sunday. It should have been a Dublin and Kerry final and neither of those teams disgraced this year’s Louth minors, so there are good players coming along in Louth and Colm obviously sees that.

“The only thing is that Colm has been with the current bunch of Louth players for the last couple of years so he’d probably be best to wait a couple of years before taking the job, but he’s certainly the right man,” added Clarke

Despite the fifth member of the selection committee still to be publicly named, the Dundalk Democrat has learned that there has been as many as three meetings held in relation to choosing Colin Kelly’s successor.

And Clarke admits that appointing Kelly’s replacement as soon as possible is the ideal situation.

“I was appointed on the 22nd August 1997 so I didn’t get a great amount of time because that time there were league games played before Christmas,” he said.

“But, by leaving it so late, someone who you feel could be a contender for the job could be snapped up elsewhere.

“Ideally, the earlier you can appoint someone to the job, the better because things can happen. For example, Colm might like someone like Wayne Kierans to come in alongside him as assistant, but it could be a case that by the time he may be appointed, Wayne has agreed to take a club team or another job

“Another thing that has to happen in my opinion is that when you’re interviewing a candidate for the job, they must name their assistants and what their jobs will be.

“That’s the model in Dublin and in Kerry and I feel it’s something we need to introduce in this county. A prospective manager should present their full package.”