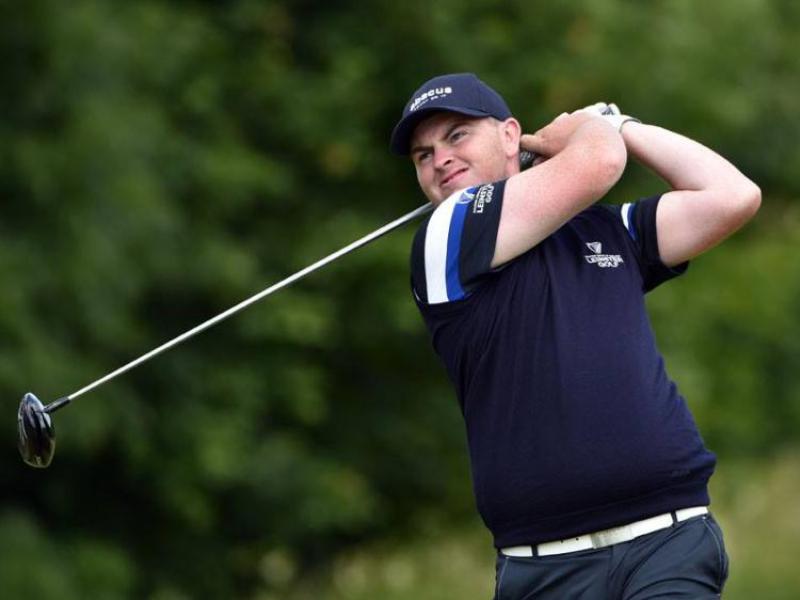 Caolan Rafferty from Dundalk Golf Club was one of the stars as Leinster claimed their third Interprovincial title in a row this week at Carlow Golf Club.

Rafferty, who was part of last year’s successful team, had an impressive haul of 5.5pts from his six foursomes and singles matches over the three days.

In the opening match against Munster, Rafferty and foursomes partner Eugene Smith from Ardee defeated John Murphy and James Sugure 4&4 before Rafferty was sent out at number one in the singles and defeated newly crowned Irish Amateur Open champion Peter O’Keefe 2&1. Those wins helped Leinster to a 6.5 to 4.5 victory.

Leinster had a much more emphatic victory on Day Two when they beat Connacht by 8.5 to 2.5. In the morning foursomes Rafferty and Smith halved with Devin Morley and Jack McDonnell while the afternoon Rafferty beat Barry Anderson 5&3 in the top match.

That left Leinster needing just a draw from their final match against Ulster to retain their title and they got off to the best possible start by winning the foursomes 3-1 with Rafferty and Smith winning 2&1 against Jordan Hood and Kyle McCarron.

Team Captain, Seamus McParland from Greenore, again put his faith in Rafferty to lead Leinster our in the singles and for the third day in a row he delivered from the No.1 slot with a one hole win over Irish international Tiarnan McLarnon.

Leinster eventually won 7-4 to complete a 100 per cent record over the week and win three interprovincial titles on the trot for the first time in over 50 years and sights are now set on emulating that team from the 1960s which won four-in-a-row from 1962 to 1965.