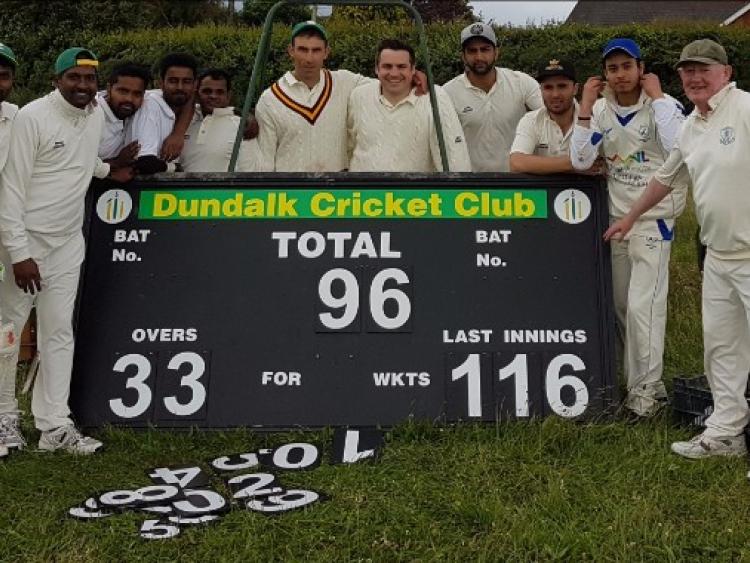 Dundalk Cricket Club recorded a dramatic victory in Dromiskin on Sunday, mainly due to a fine bowling performance in a low scoring game.

The victory, their second in a row, looked unlikely when, having batted first, Dundalk posted only 116 with skipper Andrew Williams and Haroon Khan top-scoring with 29 runs each.

Dundalk put in a fine bowling display to protect their small total with early wickets proving key. Four maidens in succession by the opening combination of Williams and Muhammad Zahid reduced Greystones to 3-2 and in some disarray.

The visitors were clearly hoping to bat through their overs and edge over the line and while Ashley Kempton was at the crease they were still the favourites.

However, Zahid dismissed him on 35 which set the hosts on course for victory.

Greystones continued to battle but Dundalk eventually ran them out for 96, meaning a 20-run victory was achieved
Captain Williams ended with four wickets, while Muhammad got three and Waqas two.

It was a great boost for Dundalk who after some early defeats now have real momentum at the halfway mark of their league campaign.