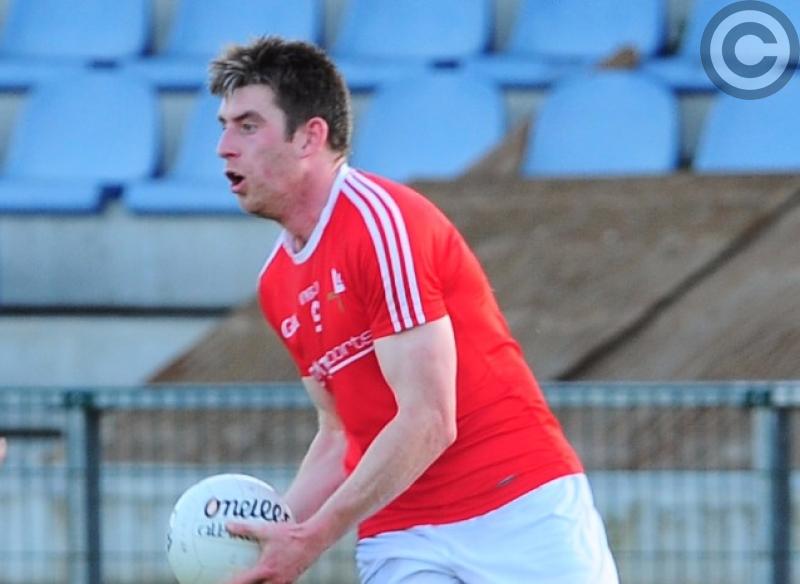 Dan O'Connell will appear in his third Leinster Junior final

Ollie McDonnell’s buzzword since taking the reins of the Louth junior team ahead of the Leinster Championship was “opportunity’.

Opportunities don’t come much bigger than a Leinster final with Meath, never minding Croke Park being the venue for the June 25th decider.

Playing at GAA HQ is almost a reward in itself admits McDonnell and something none of the players could have expected when joining the panel in mid-May ahead of the competition.

“Playing in Croke Park is not something you really think of before the junior championship started,” McDonnell told the Dundalk Democrat after last night’s victory.

“We heard a few days back that it was a possibility if we won tonight so it was a huge incentive for fellas to really focus in on the game.

“We have two-and-a-half weeks to prepare so obviously, we’re going to try and prepare better than we have done for the two previous games, which was basic enough.

“We’ll also be trying to do that without interfering with the clubs too much and working the players too hard, but we will just need to get the players together a bit more often and try and get them to set together.

“When you’re going to Croke Park and playing Meath, you want to play well,” he added.

The seven-point margin of victory was comprehensive and McDonnell felt his side had more quality in reserve, although he was disappointed at how Louth finished the game.

“It was comprehensive in the end. I think we had more quality in the team than they had,” he said

“In the first-half, we got ourselves into a good position and pushed ahead and getting the early goal was nice.

“It probably took them 19 minutes to get on the scoreboard and we were dominant but the last 20 minutes of the game we’d be disappointed with because at 2-8 to three-points up, we didn’t push on and they outplayed us in that period.

“That’s something we can’t do coming into the final against Meath. Whether the players got a bit complacent, I don’t know.

“Defensively over the two games we have done well and tonight they never really looked like scoring a goal. We have attacked well in periods in both games as well but in general we have been a bit up and down in that department.

“In general, we’re happy with the win but we’ll have to play a lot better in the final,” McDonnell conceded.