Victory is possible with belief the key 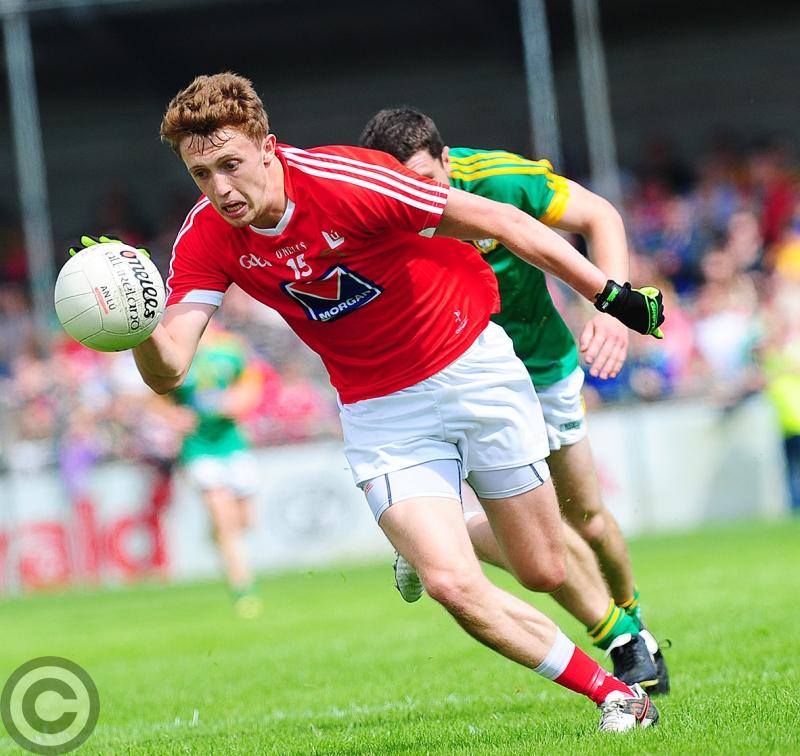 The single biggest obstacle Louth face this weekend is belief; have the players truly gotten the self-confidence and inner-credence to win, only time will tell.

There are plenty of examples of where belief has carried teams across the line, discounting ability or physical conditioning.

Twelve months ago, Louth arrived at Parnell Park and were most likely beaten before they entered the fray. Nobody gave them a chance; Meath were the hotly tipped outfit. It was the perfect opportunity for the underdog to prevail, but Louth looked a beaten team from the moment the ball was thrown-in.

Meath absolutely dominated and a four-point deficit at full-time arguably flattered Louth because at no point in proceedings did the Wee County look in position to win the game.

A calendar year on, the same reservations arise. Louth are a much better team now, that’s not even up for debate, with Tommy Durnin and Bevan Duffy playing out of their skins, but has their mental toughness matured enough since that sweltering hot day last June?

This game has all the traits of the match from 12 months ago. With Louth buoyed by promotion and a championship victory under their belts; while Meath are somewhat of an unknown quantity.

Although, players of the calibre of Cillian O’Sullivan, Graham Reilly and Mickey Newman are riches Louth simply don’t possess.
Physically Andy McEntee’s men will be more imposing and in the tight surroundings of Parnell Park, Colin Kelly will have a lot of thinking to do regarding how he avoids the likes of Ryan Burns, Anthony Williams and Rúairí Moore being caught in the tight exchanges. As, if it becomes a war of abrasion, Meath will win.

The set-up of Louth in last year’s meeting malfunctioned badly too. With a half-forward line spending more time in the half-back line, the Reds had no relief outlets while any ball that went in to the two-man inside line of Conor Grimes and Burns was poor to say the least.

Declan Byrne is easily the Wee County’s most accomplished asset in front of the posts, but he spent much of last summer’s game aiding Kevin Toner at left-corner back. Thus, taking away from Louth's scoring threat further up the pitch.

The much talked about ‘sweeper system’ didn’t work either. O’Sullivan did as he pleased, Newman scored at will and Eamon Wallace was left to kick points at his leisure from either flank - such was the narrowness of the Louth rear-guard.

As stressed earlier, it was the most comprehensive four-point defeat imaginable. They had no way of winning that game nor had they the belief they could either.

For too long in this county it has been about getting scoreboard respectability against Meath. The ‘hard luck’ story of ‘we came close, but not close enough’ rings around for weeks afterwards - a moral victory in other words.

But, while it may sound crazy after playing below the standards set in the National League against Wicklow, one genuinely feels that this Louth team are beginning to warm to the idea that Meath are beatable.

They dipped their toe in hot water last year so they'll know what it takes. Last year, there were innocent claims from the camp that they could defeat Meath, however, presently, such outlandish speeches are at a premium.

Bullish is the word to describe the mood. Clearly, Louth will have to perform at their optimum to spring a surprise at Parnell Park. Their big players will have to produce their best.

However, the bigger the challenge the bigger Durnin, for one, appears to grow. The Westerns man is certainly not one to shy away from the physical exchanges and his individual efforts will be massive to how close Louth come to causing an upset.

A huge performance will be required and even that may not be enough should Meath bring their ‘A’ game. Nevertheless, Louth must believe they can win. There is no doubt they can win should they concentrate on doing so rather than playing in fear of losing like they did at this stage last year.

Forgetting about tactics, defence, attack or man-marking, the first thing Louth must get right for this weekend is their mentality because if they believe enough, we could well be celebrating a famous victory come 5pm on Sunday evening.