E-Pace Jaguar set to be the biggest seller 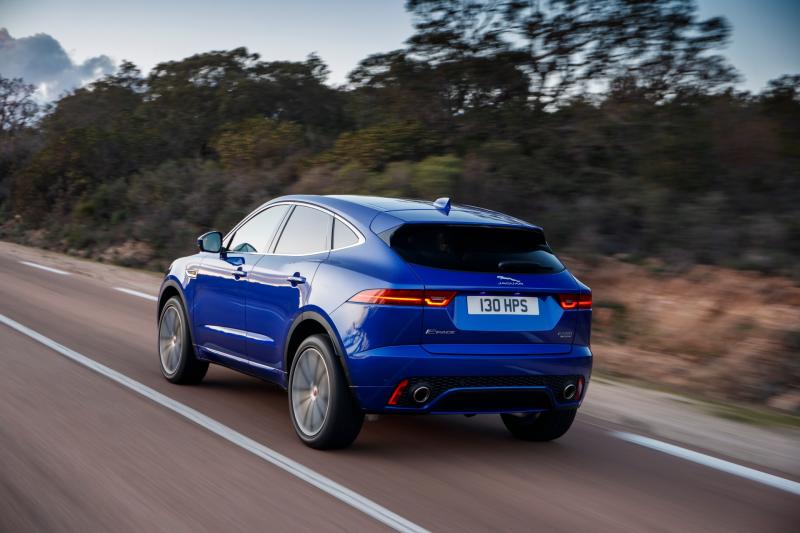 E-Pace Jaguar set to be the biggest seller

Not sure that Jaguar has got their car-naming convention right.

Their all singing and dancing all-electric car is called the I-Pace instead of the E-Pace that we have this week. I support the removal of the ability to identify a car based on its propulsion method to normalise them and should agree with Jaguar’s stance, but the electric Jaguar should be called E Pace.

But it’s not and is used for the baby brother of the F Pace. It is obviously at the premium end of the market competing for buyers with the BMW X1/X2, the Mercedes GLA, Audi Q3 and the Volvo XC40 in the Performance Compact Crossover sector. It is very cute, taking its fathers looks in an F-Pace scaled-down way. And for me they are its best-selling point.

All the Jaguar design cues are there and are welcome and helps them have Crossovers/SUVs as their best sellers. Who'd have thought that about Jaguar? The sleek, sporty, premium brand?

Those SUVs are conquering everywhere and everyone. It certainly attracts attention and has huge presence. It’ll carry four in comfort with the middle rear seat tighter, as you’d expect. The 425l boot swallows day-to-day loads easily.

It is very well-equipped and safe scoring 5 stars in the new, stricter NCAP crash tests. That’s stealing Volvo’s lunch bigtime. The interior is very Jaguar familiar with a lot of controls, buttons and touch. Too much I felt. Material quality is fine, but others have advanced more. I drove the 2.0l diesel 180PS version in a First Edition trim to tempt buyers.

The price was €71,425. I’ll let that sink in for a while. Prices start at €38,495. It isn’t a racing machine more a capable 4WD form of luxury transport. I found it hard riding and the 20inch alloys fitted don’t help either. The handling is good and balanced though a little heavy. With 180PS available I didn’t feel as if it was giving me full access to the horses. It's 2.4t weight may be a clue here.

The E-Pace is expected to be Jaguars biggest seller in the biggest sector. It has a fight on its hands because most of the competitors cost a fair bit less, some perform much better and it can't hold a candle to the Volvo XC40 on interior quality or as an all-round package which is why the XC40 won the 2019 Continental Irish Car of the Year award. www.jaguar.ie