Mazda MX-5RF is 'pretty much flawless' 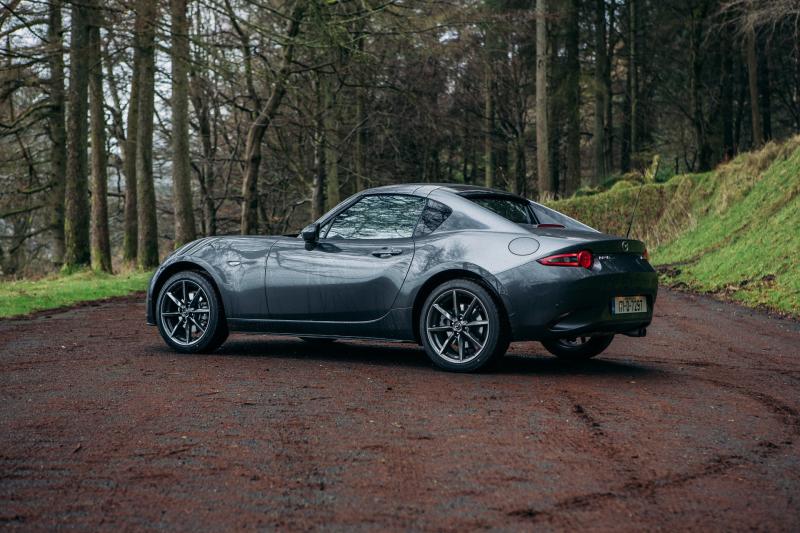 Mazda MX-5RF is 'pretty much flawless'

The MX-5 always springs to mind when we think roadster. It’s reached iconic status in the minds of buyers and will not ever attract a comment like “why didn’t you buy something else?”.  It's cute, loveable, is the “Ronseal” roadster and we all love them. I love the look of this car and there isn’t a viewing angle of it that isn’t appealing.

The RF means the canvass roof is replaced by a metal one and adds 45kgs of weight, heresy in a roadster. I like the metal roof. It gives an already beautiful looking car a finished look that no canvass roof ever can. The supposed benefit is additional quietness which I'm always banging on about. Well, my discerning ears can report that if this was the brief it wasn’t exactly met as it is still quite, ahem, loud at speed. I’d even go so far as to say noisy. But in this instance, it’s not unwelcome and a very nice accompanying soundtrack. I'm a huge fan of Mazda interiors and especially their infotainment system menus and controls. Intuitive, clicky  and sensible. It has touch but I tended not to use it.

The car is a hoot to drive and every trip’s a joy. It’s rare you rev a car just because, but I found myself doing this a lot. My ears were always rewarded. The sense of speed in this car is all pervasive and, in reality, can cover the ground pretty briskly as well. This car was made for sweeping bends and rolling roads and if there’s just two of you, you’ll find it impossible to get such delightful thrills for the money - starting at €31,495 for the 1.5l petrol version. My drive was a 2.0l petrol model with 160PS. In Ireland the only real competitors are the Mini Convertible, the Audi TT and the new, impending BMW Z4. The Audi and BMW are much more expensive whereas the Mini, with two extra seats, albeit comparable enough on pricing is not a pure roadster meaning there really is only the one to go for. In the motoring world where there are niche, niche cars nowadays this is an amazing feat by Mazda.

There’s a new MX-5 due very soon. It’d better be amazing to improve on the current one which apart from the sound levels, I won't say noise, is pretty much flawless.