Ford Mondeo HEV: The 'wait was worth it' 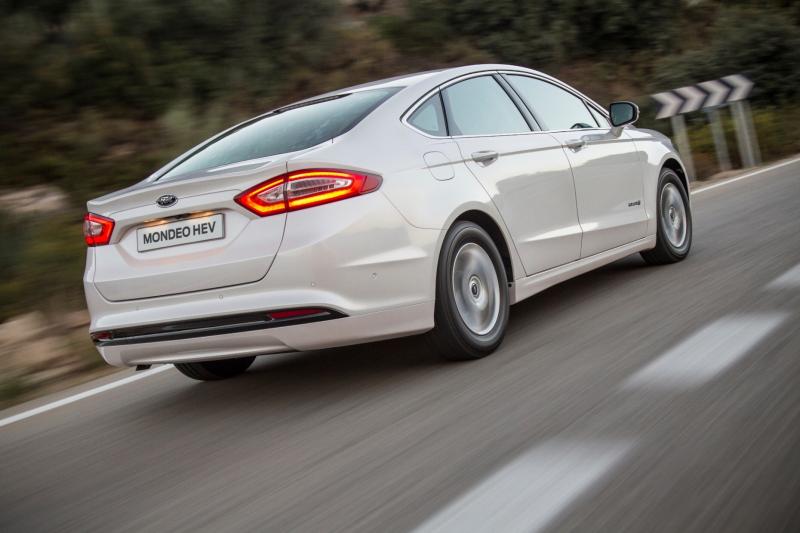 Ford Mondeo HEV: The 'wait was worth it'

The manufacturer who gave us car mass production that enabled mass transportation has released their first hybrid car in Ireland, the Mondeo HEV. And very soon there will be 13 others launched between here and the US before 2020 – even a Hybrid V8 Mustang.

Two electric motors are used in the hybrid system – one to support the petrol engine in driving the wheels and another to enable regenerative charging to the 1.4 kWh lithium-ion battery, located behind the rear seats. The batteries need some space from the, admittedly, huge boot that doesn’t significantly impact on the capacity. The Mondeo Hybrid’s high voltage electric system is designed to working-life standards similar to Ford’s traditional combustion engines and transmissions.  It’s capable of driving at up to 135 km/h in electric mode, and the combination of a specially-developed 2.0-litre petrol engine and electric drivetrain gives Mondeo HEV excellent fuel efficiency with a fuel consumption rate of 4.2 L/100km. For my real world driving mix I managed 5.8 L/100km. As a Mondeo owner I can accurately compare this to the 5.9 L/100km my wife manages in our 152, 1.6l diesel. Bear in mind the HEV is a 2.0l petrol with an automatic gearbox.

When using electric power only it is a serene experience that’s familiar to all hybrid and electric-only car owners. It is addictive and desirable. I never noticed the changing between electric and petrol which is the way it should be – just let the car use the intelligence that you paid for.

Paying for? Hmmm. The Titanium “transaction” price (i.e. what you pay net) is €32,745 with €2,500 more for a Vignale version. That is bargain territory against similar Mondeo models giving a double-whammy of hybrid driving and the removal of the current uncertainty around “what to do about diesel?’. I don’t often get the opportunity to rave about car pricing but in the Mondeo HEV’s case it is more than justified – it’s a slam-dunk a bargain.

Ford may be late to the Hybrid party but the wait was worth it and next time they’ll be bringing a few more interesting mates.
www.ford.ie