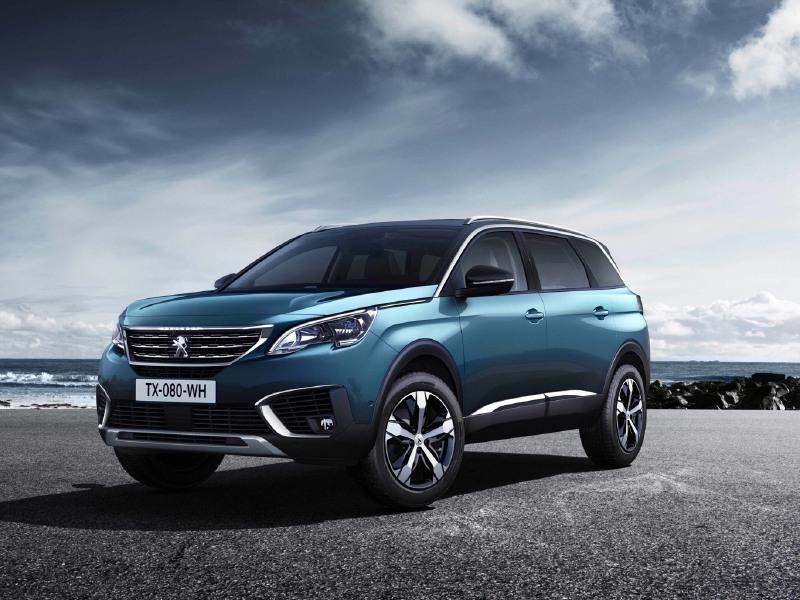 Nowadays, we all want an SUV and Peugeot has responded by making their 7-seater look like their award winning crossover the 3008 to offer those needing 7 seats the best of both worlds.

I drove a diesel and petrol version and am zeroing in on that Peugeot PureTech petrol engines are delivering staggering, real world fuel returns.

I took the 3 cylinder, 130bhp, 1200cc petrol to and from Westport with the seats folded to swallow our bicycles whole and recorded a fuel return of 7.3l/100kms.

Our 2004 1.9 turbocharged Grand Scenic diesel only had 120hp so this shows just how far these new breed of petrol engines have come.

The blend of motorway and R road driving afforded an excellent opportunity to see how the car performed and for a car that’s so large it never, repeat never, felt underpowered.

It well and truly slays the “diesel for distance and economy” argument. Not all manufacturers can deliver this and I include Peugeot as one of two manufacturers who are doing this. We’re returning, en masse, to petrol and 26% of 5008’s sold will be petrol – I predict higher. Equally, automatics are becoming a bit of a first choice for Irish drivers with Puegeot expecting 21% of 5008’s sold to only have two pedals.

I had the volume seller Allure trim starting from €33,205 which has, I’m increasingly recording, a very high level of standard equipment. One of my cycling partners in Westport told me he bought, on sight, a 5008 petrol model for 2 reasons - its looks and its environmental credentials. It is currently the go-to car if you need 7 seats – as long as those at the very back meet the child criteria.

Peugeot interiors these days are quite an experience with the dials over the small steering wheel i-cockpit design converting sceptics.

In the 5008 there is tasteful use of fabric around the dash where once you got plastic. The ride is creamy smooth – a Peugeot hallmark. Its competitors are the Skoda Kodiaq and the VW Tiguan Allspace and the evergreen Citroen C4 Picasso. Personally I’m drawn to the more pliant ride in the French offerings as will your passengers.