New Mercedes GLA is lost in its class 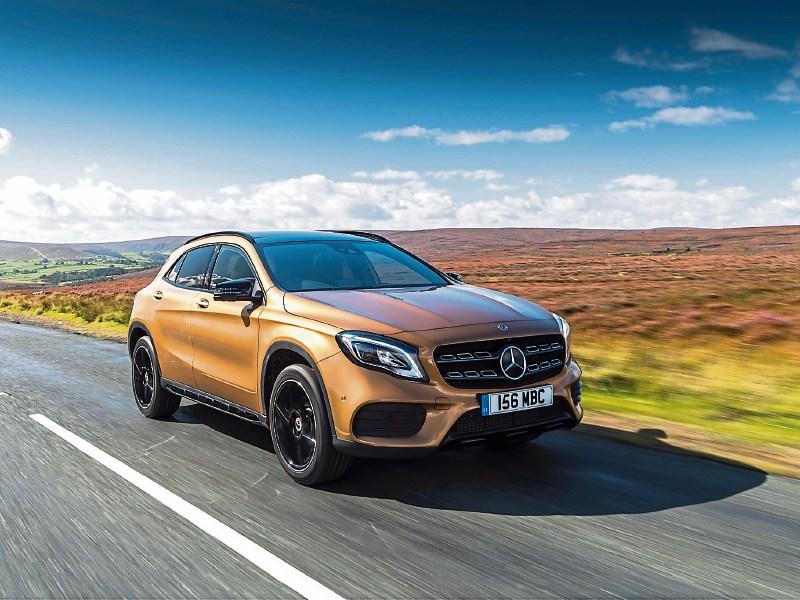 The GLA is Mercedes’ entry level SUV based on the baby of the family, the A Class.

That’s a low slung car so the extra 30mm in the GLA doesn’t lift you up all that much.

It has de rigueur, rugged, jacked-up looks required for an SUV/crossover. Not a lot has changed over the previousmodel from 2014. Highlights include a new grille/bumpers, circular fog lights, standard LED lights, keyless entry and a nifty 360 degree camera – good for parking because it’s hard to judge the extremities of the GLA.

The metal panels all look the same so the reduction in its drag figure must be down to the tricks done with the grille and bumpers. There are new seat coverings / trims and you can get a foot gesture controlled electric tailgate. I didn’t spot many interior layout changes and still have a bit of a moan that the air conditioning controls are too low down. And I’ve yet to solve the mystery why some stalk controls are illuminated and some are not - they should all be.

The 7sp automatic gearbox made my time with the GLA a delight and despite it being mated to a 2,143 cc diesel engine I recorded a 6.3lts/100kms fuel return. The ride in the GLA remains composed and assured.

You can get a bit hairy in it but it won’t scare you and on the motorway it’s a relaxing and quiet car.

When the roads have more twists its mini SUV credentials are exposed and that 30mm extra height starts to show with more body roll than you get in the standard A class– there’s a new one imminent. Interior space for the sector it is in is fine but shoulder space was a bit tight when the back seats were fully occupied.

The Mercedes badge, on a beautifully made car, comes at a price with the entry petrol model starting at €31,875 for one of the 31 petrol / diesel variations. But it’s a surprising price because its same-sized, premium competitors are the Audi Q3 and the BMW X1 over which it has a significant price advantage.

The GLA finds itself being a premium, niche car in a sector that has gone from being a niche to being mainstream with lots of choice and lots of fine cars for less.