Range Rover Evoque: For the tech savvy and image conscious 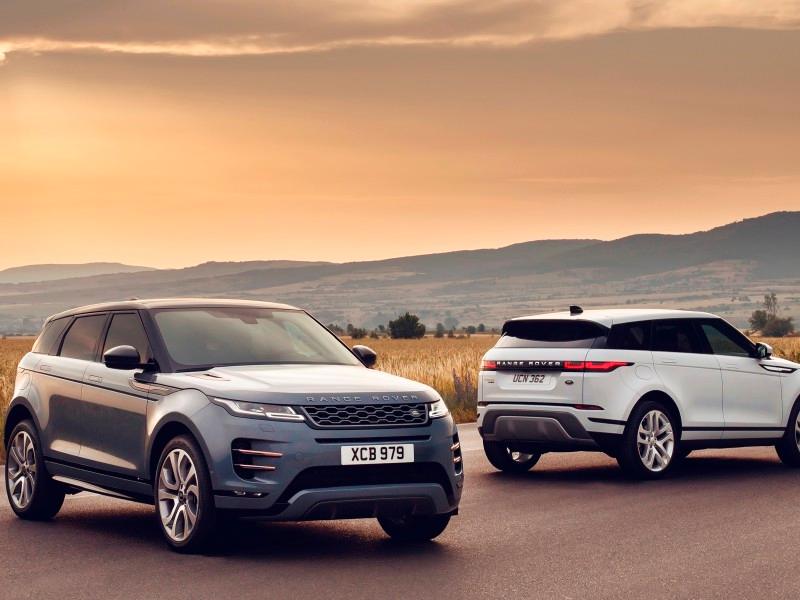 Eight years after we first set eyes on the Evoque, there’s a new baby Range Rover. Labelled a luxury, compact, city SUV by Range Rover it is safe to say it is exactly that. Despite its off road DNA and real world AWD ability it will be found mainly in the urban jungle marauding over tarmac.

It is very distinctive looking and has managed to remain so with the new looks and Range Rover have not messed too much with their most successful design ever and who can blame them. The rising waist/sloping back roof design remains, it’s called reductive design, with the new front and back remodelled to reflect other Range Rover models. There’s super-slim Matrix LED headlamps provide a more sophisticated front and rear lamp graphic too. There’s also trendy, sweeping indicators.

Range Rover is a byword for luxury and the interior of the Evoque is exactly that. I loved the high tech touch steering wheel and please don’t accuse me of hypocrisy. Touch control, on things you are supposed to touch is OK – just not a central screen. Anyway, the controls on the steering wheel change depending on the item you want to control and is going to be copied by everyone. The flush, pop out handles are the first indication that the Evoque is a luxury car.

The size is almost identical, at 4.37m, to the last model but with an all new platform there’s more interior space. The luggage space is 10 per cent larger (at 591 litres) and is much wider enlarging to 1,383 litres with folded seats.

There's petrol and diesel engines with a PHEV on the way. 150PS was available in mine and that’s a magic figure for me. It’s more than enough for the urban trips it’ll be taking. Still, there’s Terrain Response 2 that automatically detects the surface being driven on and adjusts the set-up accordingly.

Evoque is the first Land Rover with Smart Settings, which uses artificial intelligence algorithms to learn the driver’s preferences for seat position, music and climate settings. It has ClearSight that changes the rear view mirror into a screen connected to a camera in the rear aerial so you can see behind you if it’s blocked internally and another marvellous technology called Ground View so you can see where the wheels are when negotiating tight places, ruts, track or kerbs. Out and about it is a hushed and composed drive at home in the city, motorway or rural R roads.

The new Evoque is a wondrous evolution of the model and will attract aspiring image consciousbuyers as well as the technically savvy ones as well. That’s some feat.