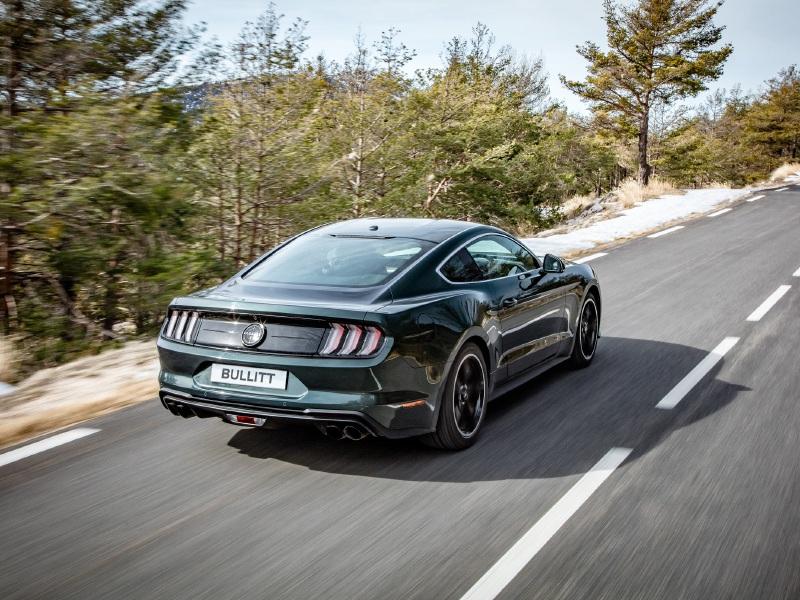 How you attain and keep icon status isn’t easy. There’s no fixed route you can follow and copy but it is easy to identify it.

The Ford Mustang is an icon and when Ford made them with the steering wheel on the rhs and started selling them in Europe, 48,000 now, there was considerable rejoicing.

Now we have a special edition to mark the 50th anniversary of the movie Bullitt staring Steve McQueen.

What more can be written about this other than to say it has one of, if not the best car chase sequences to grace a screen.

There will only be 3,000 Bullitts made worldwide in either Shadow Black or classic Dark Highland Green.

I took my parents, both in their 80s, to a hotel in Waterford to see how the icon performed.

The day before we travelled I had a trial run to see how easily they could get in and out of the rear seats.

The getting in and out was fine as long as you performed the front seat fully folded / fully forwarded manoeuvre to deliver the widest opening possible.

It takes a bit of time but it does the job. The 408 litre boot was ample for the break as well.

The engine sound you hear inside is a mix or real and electronic sound and those who loved it were rewarded and those not bothered managed to get some shut-eye on the trip down and back.

We took the car out and about on some twisty coastal roads from Waterford to Stradbally visiting all the towns and I had no negative feedback other than when a sight-seeing opportunity to get out was available there was some reticence as it took too long to arrange the exit seat positions.

The roadholding with the MagneRide damping suspension fitted makes the car feel a lot smaller and nimbler than its size suggests. Bends don’t faze it and on a good dual carriageway the car is as home there as on a trans-American highway.

Set cruise, sit back and savour. The car had 460PS available from the 5,000cc under the hood.

But the 529 Nm of torque is the secret of this car making it feel very immediate allowing the immediate delivery of its power making overtaking a cinch.

For €80k you will be getting a uniquely, distinctive car, an icon and a large bit of the best of Uncle Sam.