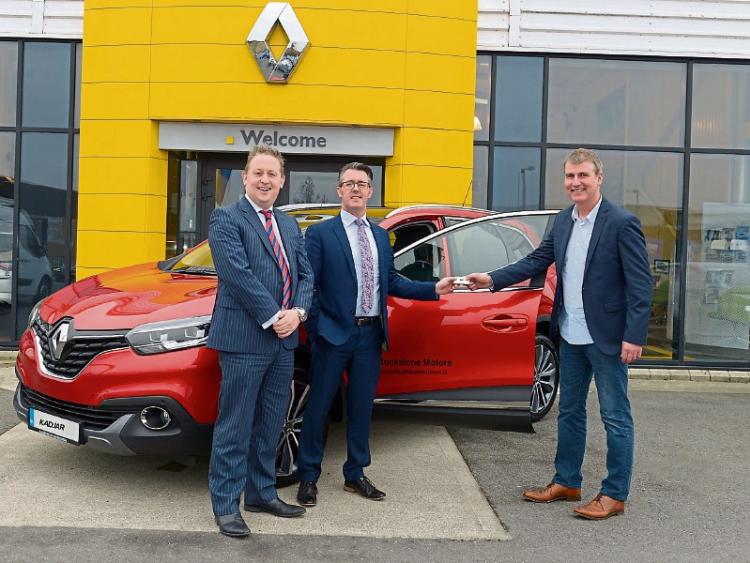 Kenny has been a Blackstone Motors Brand Ambassador for a number of years now, and during his time he has favored the KADJAR, with his new one being his third to date.

While his last KADJAR was White for the Lilywhites, Kenny is now back in eye-catching red, to match the Dundalk FC crest.

With the nature of Kenny's job, travelling around Ireland and from one end of the country to the other happens on an almost weekly basis. Blackstone Motors initially selected a KADJAR for Kenny for that exact reason; it is, after all, perfectly comfortable in both an urban setting or on longer journeys around the country.

Interested in a KADJAR? Call one of the dedicated Sales Consultants in Blackstone Motors on 041-983-1100 to book a test-drive.

Alternatively, visit www.blackstonemotors.ie for more information on the Renault KADJAR and the latest Renault and Dacia offers.