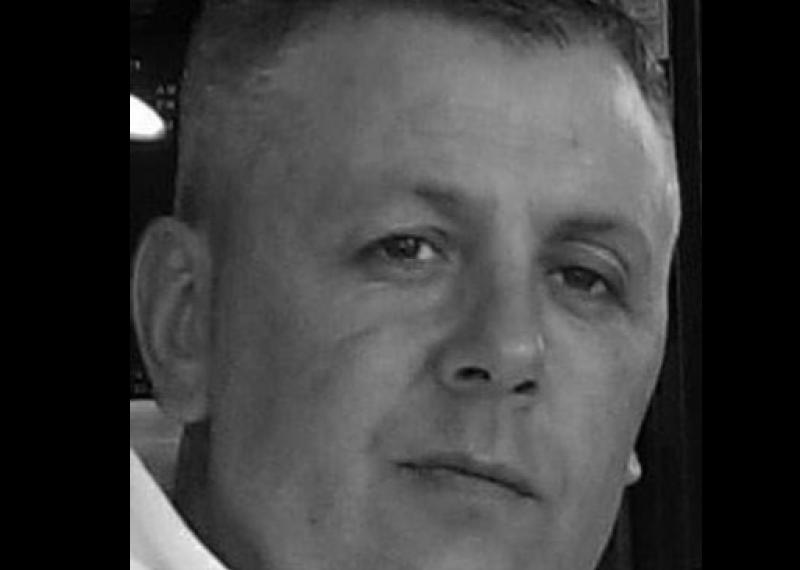 A man who punched a Dundalk father-of-four once leading to a fall that resulted in fatal head injuries has been jailed for two years.

Ian Moore (31) told gardai that Jason Kearney, a stranger, had come to his house in the early hours of the morning and forced his way inside. He said he pushed him out, but his partner mistakenly believed her bag had been stolen and Moore left the house with the intention of retrieving it.

Dublin Circuit Criminal Court heard that Moore told gardai there had been a series of verbal interactions before he punched Mr Kearney once. He fell backwards and hit his head.

Mr Kearney died after ten days in a coma when his family had to make the decision following medical advice to turn off his ventilator. His family in Dundalk say they are now left serving a life sentence.

Jason’s family told the court that they don’t believe he was a threat to anyone and ask why Moore did not contact gardai instead of “taking the law into his own hands.”

Moore, of Portland Close, Dublin city pleaded guilty to the unlawful killing of Jason Kearney at Seville Place, Dublin 1, on September 12, 2020. He has no previous convictions.

Passing sentence last Wednesday, Judge Melanie Greally said it is very clear Mr Kearney was “dearly loved” by his family, by his four children and his two grandchildren. She said his death has caused them “intense pain” from which they have no relief.

The judge said the culpability of the accused man lies in the fact he took the law into his own hands and pursued Mr Kearney after he had retreated and punched him after he had ceased to be a threat to him.

She said the act was impulsive, emotional and ultimately violent, but it was not premeditated. She said the case was further mitigated by his returning to the scene, contacting emergency services and tending to Mr Kearney until they arrived.

The judge said other mitigating factors included his plea of guilty, his high level of assistance to the investigation, his lack of previous convictions, his high level of remorse, his low risk of reoffending and the impact his incarceration will have on his family.

“I believe had Ian Moore felt threatened in any way whatsoever then he should have called the Garda, not taken it upon himself to follow my son and assault him in such a manner that it resulted in my son Jason’s untimely death,” she wrote in her statement.

“What kind of person does something like that? I do not believe that Jason was a threat to anyone that night. There are so many questions that we will never get the answers to. The never ending pain that Ian Moore has caused my family is immeasurable and I will never, ever, forgive him for it.”

Jason’s sister Lorraine Kearney asked Moore: “Why did you take the law into your own hands? Why did you engage with Jason at the door? Why didn’t you ring the guards? Why did you follow him? If you had done the right thing neither party would be here today.”

“Whatever happens here today, you will get a chance to rebuild your life. We won’t.” she said.

Detective Sergeant Shane Noonan told Fiona McGowan BL, prosecuting, that Moore told gardai he had heard noises downstairs in his family home on September 2, 2020, like someone interfering with the handle on the door and went to investigate.

He said he could see a shadow at the door and shouted at the person to get away, he turned on the light and banged on the door glass to alert the person the house was occupied. His pregnant partner who had followed him downstairs handed him a knife. He said he did not intend to use the knife.

Moore opened the door and there was a scuffle with Mr Kearney who came in through the doorway. Moore pushed Mr Kearney out with one hand, holding the knife in the other. Mr Kearney then left.

Moore’s partner then told him her bag was missing. He got dressed and got into his car with a view to retrieving the bag. He said he followed Mr Kearney for a time in the car hoping he would drop the bag. He spoke to Mr Kearney asking for the bag back.

Moore told gardai Mr Kearney said he did not have the bag and made a comment that he would “be back.” He said he left in the car, but returned again to ask for the bag.

The court heard the final encounter took place at Seville Place where Moore got out of the car and punched Mr Kearney once with a close fist. Mr Kearney fell backwards and hit his head.

Moore told gardai he was unresponsive, he realised he had no phone so went home to get it, came back and alerted emergency services. He told them he had found a man on the ground.

When he was back at the house retrieving his phone, his partner told him she had found her bag.

Witnesses who came on the scene describe Moore following instructions from the emergency services such as putting Mr Kearney into the recovery position and holding his head.

He stayed on the phone following the medical directions and giving directions to the scene for nine and half minutes until the ambulance arrived. Moore stayed for one more minute and then left.

Gardai began their investigation and contacted Moore who had used his own phone number for the 999 emergency call. He initially told gardai he had come upon an unresponsive man, but later rang gardai back and said he wanted to show them CCTV and outline events.

The garda agreed with Ronan Munro SC, defending, that gardai did not have CCTV footage of the actual assault, but their independent investigations were consistent with what they were told.

He agreed Moore and his partner were distressed when speaking to gardai.

Mr Munro read a portion of a letter of apology written by Moore in which he outlined he was “so sorry for the pain and suffering” he had caused to the Kearney family. He said he thoroughly regretted his actions on the night which had caused them so much devastation.

Counsel said Moore was conscious of the pain of the family and acknowledges responsibility for what he has done.

He said Moore, an electrician and father of two, had been deeply affected by the events. He is attending counselling. He is remorseful and feels empathy for the Kearney family.

Mr Munro handed in character references and said this was an isolated incident in the life of his client who does voluntary work within his community.

He submitted the court had to take into account the unusual context in which the encounter began and the tragic mistaken belief that appears to have led to this tragedy.