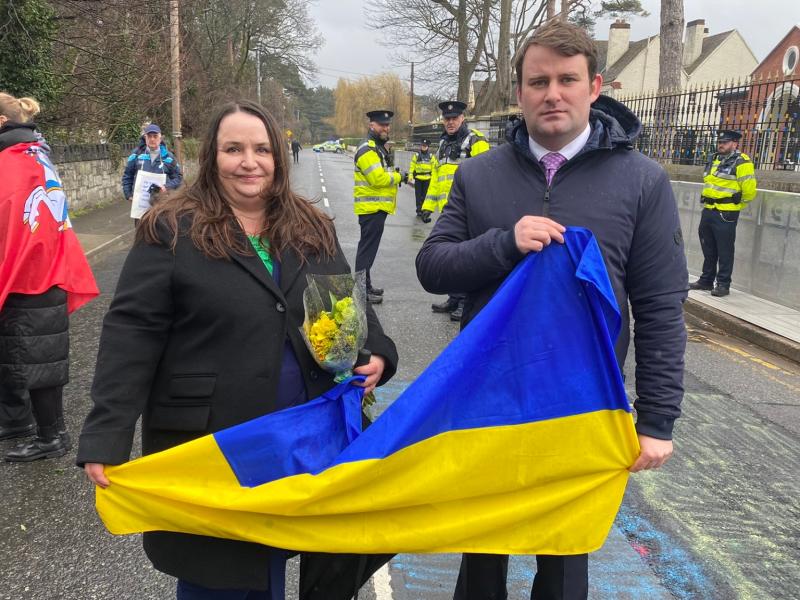 Louth Senator John McGahon has said that the State and President should honour Ukrainians leaving Ireland and returning to their native country to fight against the Russian invasion with a civic reception in Áras an Uachtaráin.

Senator McGahon explaining his view said that, “there are a number of Ukrainian people who live in Ireland, work in Ireland and have families here in Ireland that are returning to their native country to fight in the defence against Putin’s brutal invasion.

“These are normal people – ordinary workers, fathers, brothers, and some of them are Irish citizens. Their return to Ukraine in the face of unimaginable danger and fear is a huge act of bravery. They are fighting to defend the values we enjoy here – independence, democracy and freedom.

“As many have returned to face down Putin’s terror, we should stand in solidarity and acknowledge their bravery. Our neighbours and friends must know that we are standing with them in this terrible war."

He continues, “a Ukrainian man from my own hometown of Dundalk, Stanislav Lapko, recently boarded a plane to Poland where he then travelled on to Ukraine to defend his country. I have also heard of non-Ukrainians travelling from Ireland to Eastern Europe and Ukraine itself to join in the effort against the invasion.

“I think their decision to fight against Putin’s invasion is the ultimate sacrifice and these people should be honoured when they return to their homes and families in Ireland.

“We can honour them in one very symbolic way; by hosting a national State civic reception in Áras an Uachtaráin with President Higgins upon their return. This would be an opportunity for us to welcome these heroes back, and importantly to thank them for their service in another European country. It may be some time yet before this could happen. In the meantime, let us all support the Ukrainian efforts.

“A civic reception would give us as a nation the chance to acknowledge their bravery and heroism, and to say we value you so much here in this country. I think this would be a very fitting tribute to what they are doing in defence of their native country against unimaginable terror and horror,” Senator McGahon concluded.