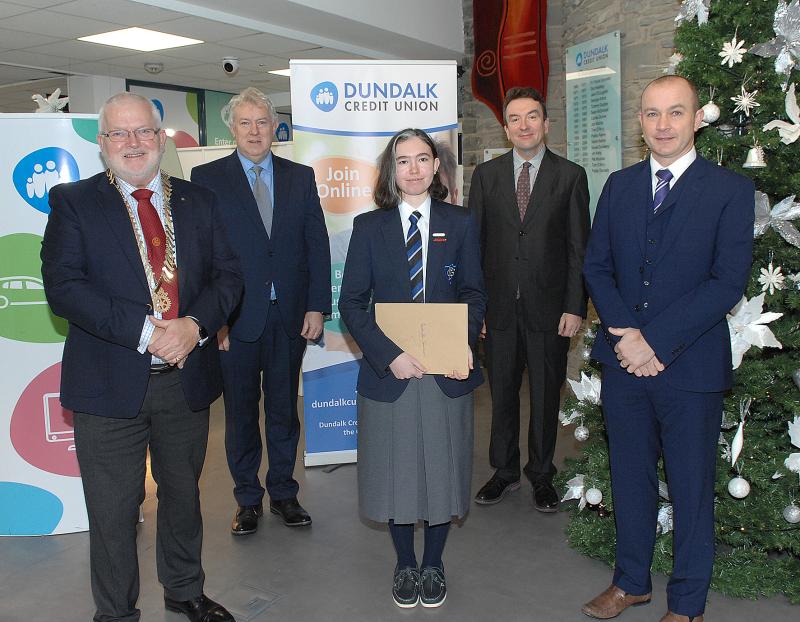 Isabelle received her award at Dundalk Credit Union last week along with Amy Sheridan from Scoil Ui Muire in Dunleer and St Mary's College student Kate McArdle, who were runners up in the Rotary Louth Leadership competition.

The Rotary Youth Leadership awards began in 1992 and is open to secondary school students aged 16 to 18.

As many as 24 winning students from all over Ireland were selected for their leadership qualities and got the opprtunity to go to Strasbourg to the Euro School Day where students from all over Europe got to sit in the Parliament and debate topics of special interest. Unfortunately the winning students will not be traveling in 2022, but the Rotary in Ireland, is bringing them on a two-day trip to Belfast in March, where they will visit Stormont and a two-day trip to Dublin in April where they will visit Dail Eireann.

In 1992, from day one, Peter Quinn of the Imperial Hotel sponsored the competition and did so until the hotel was sold and his brother Oliver Quinn of Ballymascanlon Hotel continued the sponsorship.

"Without them the competition would not be in existence."