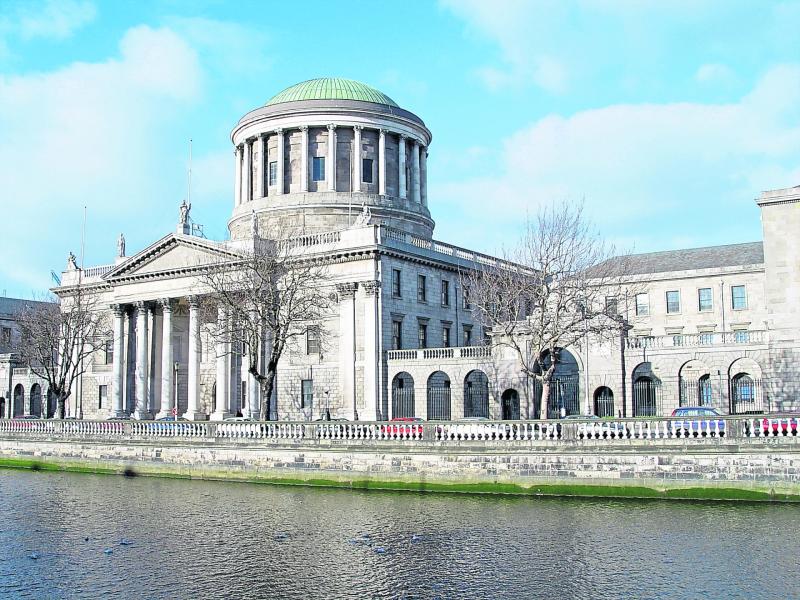 The Dundalk family of a young male passenger killed in a road traffic accident have challenged a decision to refer a teenager whose actions allegedly contributed to the fatality to the Garda Youth Diversion Programme.

The High Court action has been brought by the family of Barry Griffin Junior, who died following a road traffic collision at Ballymascanlon, Dundalk Co. Louth on October 20th 2020.

The court heard that at the time of the accident the deceased was a passenger in one of two cars which were travelling at speed and were “racing each other”.

Mr Griffin was in a VW Passat driven by another teenager, Brogan Kelly, who was prosecuted before the Circuit Criminal Court in connection with the tragic incident.

The other car, a Mercedes, was allegedly driven by another young male who cannot be identified for legal reasons.

Mr Griffin’s family claim An Garda Siochana’s decision to admit the driver of the Mercedes the programme means that the teenager will not face a criminal prosecution.

They claim this decision, which they were never consulted about, is irrational and unreasonable given that their son lost his life in the incident and should be overturned.

Under the 2001 Childrens Act minors may be admitted to the programme if they admit to certain allegations of criminal or anti-social behaviour and then agree to be cautioned and supervised.

In a sworn statement to the court the deceased’s father Barry Griffin Snr described the decision as being “a slap on the wrist”.

The Griffin family have been left devastated over what happened to Barry Junior, he added.

It is alleged that on the date of the accident, and shortly after the two vehicles almost hit each other , Kelly lost control of the VW he was driving.

It veered onto to opposite side of the rod and collided with an oncoming car. Mr Griffin Jnr, who was 17 years of age at the time, was fatally injured in the accident.

It is alleged that Kelly, and the other passengers of the VW then left that vehicle, got into the Mercedes, left the scene and were driven to Northern Ireland.

The Mercedes was later burnt out, allegedly by its driver, the court also heard.

Earlier this year Kelly (aged 19 years) of Rathduff, Dundalk pleaded guilty before the Circuit Criminal Court to charges arising out of the incident including dangerous driving causing death.

Kelly was sentenced to a period of imprisonment of 5 years and six months with the final 18 months suspended.

The Griffin family, represented by Ronan Kennedy SC claim that earlier this year a decision was taken to refer the driver of the other car to youth diversion scheme, meaning that he will not be prosecuted in connection with the fatality.

The Griffin family were shocked by this and have called on the Gardai and the DPP to reverse the decision.

They claim that they had believed that given what happened in the lead up to the accident, they expected that the Mercedes driver would be treated in the same manner as Brogan Kelly had been.

The family said that they also had sought, but were not given, full and particularised reasons for the decision not to prosecute the driver, and instead refer him to the programme.

In his judicial review proceedings, brought on behalf of the deceased’s family by Mr Griffin Snr of Castletown Road, Dundalk, various orders, and declarations are sought against the Garda Commissioner and the Director of the Garda Youth Diversion Programme.

These include an order quashing the decision to admit the teen to the diversion programme.

They also want the court to order the Gardai to provide the family with certain information including when the decision to admit the youth to the programme was made and why the Gardai did not seek the views of the Griffin family before the decision was taken.

The family further seeks declarations from the court including that the decision challenged was unreasonable and irrational, and that given the nature of the offence allegedly committed by the youth the decision is unlawful and contrary to the 2001 Children’s Act.

The matter came before Mr Justice Charles Meenan, who on an ex-parte basis, granted the applicant permission to bring the challenge.

The judge made the matter returnable to a date in February.