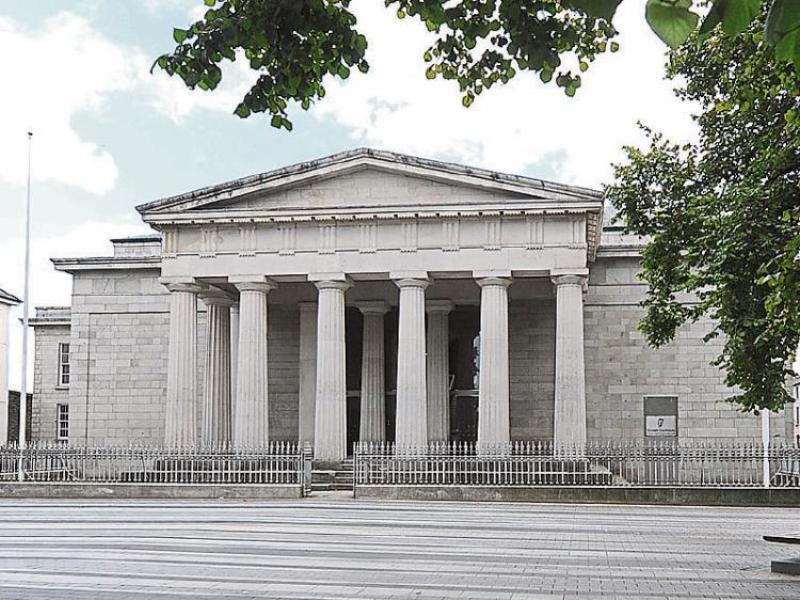 A 19-year-old man who killed his teenage friend when the uninsured car fitted with cloned number plates he was driving collided with an SUV at Ballymascanlon, was jailed for four years at Dundalk Circuit Court last week.

Brogan Kelly of Rathduff, Dundalk, who was just 17 at the time, pleaded guilty to dangerous driving causing the death of Barry Griffin Junior on October 20th last year. He also admitted driving without insurance or a driving licence, two counts of dangerous driving at Rockmarshall and Bellurgan and failing to provide assistance to his friend.

The court, which was sitting in Drogheda, heard how a witness had told gardai that he had been driving on the main Dundalk/Greenore road at Bellurgan around 8.45pm, when he saw a Mercedes and a Volkswagen Passat travelling in convoy.

Both vehicles passed him, with the Passat undertaking him, before it overtook the Mercedes at speed and then collided with an oncoming Ford Kuga on Ballymascanlon bridge badly injuring its driver.

The defendant was estimated to be driving at approximately 154/155 kph – and neither he nor the 17-year-old deceased who was his passenger, had been wearing seatbelts.

The court heard how one of two nurses who came upon the scene had to stop him from trying to pull Barry Griffin from the car.

The defendant then left the scene with the driver of the Mercedes and went to Northern Ireland where another friend’s mother encouraged him to contact his father and tell him what had happened. Mr. Kelly subsequently presented himself at Dundalk

Garda Station and fully cooperated with the Garda investigation thereafter.

The court heard the crash has had a very serious impact on the driver of the car the defendant had collided with, both physically and psychologically as he panics when meeting oncoming traffic. In his victim impact statement, he said the tragic loss of Barry Griffin is always in his thoughts. Addressing Mr. Kelly the judge said “He hopes you find the right path in life”.

Judge Mary O’Malley Costello who said she had read all the reports submitted by the Defence ‘at length, acknowledged the devastating impact Barry Griffin’s death has had on his family saying the victim impact statements which were given at a previous hearing “were harrowing to listen to”.

Patricia Griffin had said it was her fervent hope that the message will go out loud and clear that this type of driving is completely and utterly unacceptable.

Judge O'Malley Costello said she accepted the defendant’s remorse was genuine and noted his early guilty plea, his previously clean record and that he’d been assessed as being at low risk of reoffending.

The judge added that while she was told the defendant ‘did not intend to chase’, changing of the number plates indicated an intention to break the law.

Although no drink or drugs were involved, the judge noted the apprentice bricklayer had seemed to be affected by his parent’s separation and had resorted to risk taking behaviour as a way of coping, which she said had "led him to making bad choices which he now regrets".

Judge O’Malley Costello imposed a five-and-a-half year sentence for the dangerous driving causing death charge with the final 18 months suspended on Brogan Kelly entering a bond to be of good behaviour and engage with the Probation Service for three years after his release. He was also banned from driving for five years.

He was also given concurrent four-month sentences and was disqualified from driving for two years for two counts of dangerous driving at Rockmarshall and Bellurgan. Another four-month concurrent sentence was also imposed for driving without insurance.

Brogan Kelly was also given a three and a half year concurrent sentence with the final nine months suspended for failing to provide assistance to his friend, in addition to being fined €50 for each offence of driving without a driving licence and fraudulent use of the registration plates.