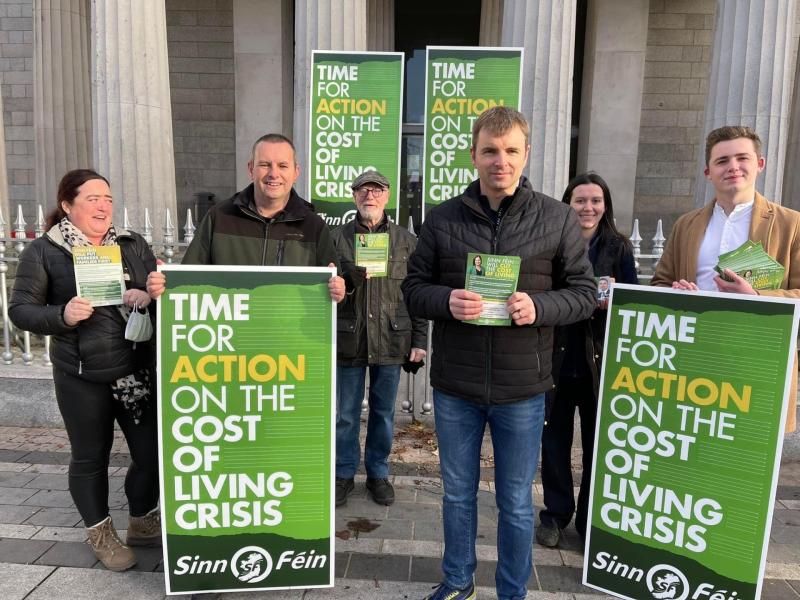 A Dundalk TD has said that delivering on climate change promises will not be possible if it appears to be done on the backs of the public as the cost of living increases.

Sinn Féin's Ruairí Ó Murchú, speaking during a debate on the Climate Action Plan 2021 in the Dáil said that progress on climate change should not be made at the expense of the public.

"We need to be absolutely clear on one point. We are not going to deliver climate change if the public sees it is being done on the backs of regular people by imposing carbon taxes etc. without any alternatives being offered," said Deputy Ó Murchú.

It comes as the party held a protest at Market Square in Dundalk on Saturday over the rising cost of living, caused by rising fuel, rent and childcare costs.

According to Deputy Ó Murchú, the state and the government need to do the heavy lifting and that delivery was "vital".

"It is all about delivery. At this point, we have a Government that has failed to deliver on its targets, including in regard to
public electric vehicles, the retrofit scheme and training hubs. There has been a failure to front-load the changes needed in transport.

“The Government still has to get its act together on floating offshore wind. The minute all those things are done and the targets are delivered on, then we will get somewhere.

“We all accept there will be difficulties. There is nobody in the farming sector who does not know that is the case. There is a need for the Government to consult with people and show them a future roadmap. Unless that is done, there will no public buy-in and we will not have delivery of the targets set."