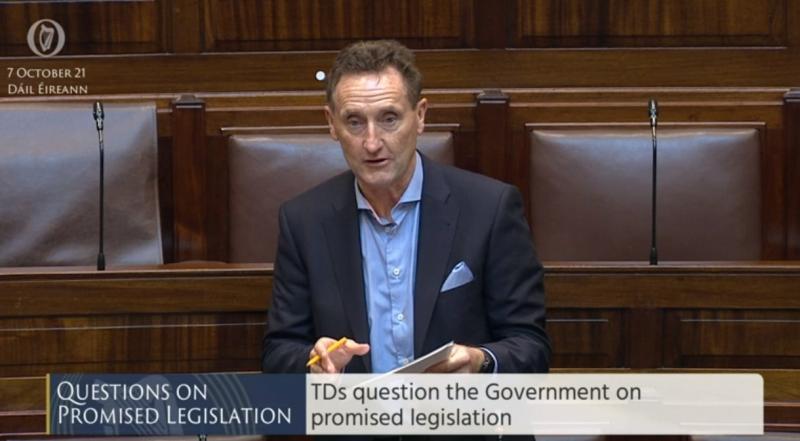 A local Dundalk TD has raised concerns in the Dáil about the rising costs of insurance for businesses, saying that one Dundalk business will be forced to close next month as it cannot get insurance.

Independent TD for Louth, Peter Fitzpatrick, raised the issue of rising insurance costs for businesses during Leaders Questions in the Dáil on Wednesday, November 3rd.

Speaking in the Dáil chamber, Deputy Fitzpatrick said that insurance costs have increased by 15% in the past year, according to a report by the Alliance for Insurance Reform, despite the amount of claims awards reducing by 40% compared to 2020 in a Personal Injuries Assessment Board (PIAB) report.

“This is wrong and needs to be addressed. Why is the insurance industry not passing on these reductions to their customers?” said Deputy Fitzpatrick.

The Deputy said that he has received complaints from businesses in Dundalk about insurance costs, and said that some had approached him with double their previous costs.

“This has the potential to put many businesses on the brink.”

In particular, he mentioned Air Bound trampoline park, saying that the business will be closed on December 12th as it cannot get an insurance underwriter to offer it insurance.

“At this point in time, no insurance underwriter will offer it insurance. It has no outstanding claims.

“It is being told the insurance company that deals specifically with activities and leisure parks is pulling out of Ireland due to the ever-increasing red tape being introduced by the Central Bank.

“If this is the case, the Government must act now.”

In response, Taoiseach Micheál Martin said that the Government is aware of the difficulties facing businesses with insurance, but that there are “no silver bullets here”.

The Taoiseach said that the Government has taken action on insurance reform, and that he agreed with Deputy Fitzpatrick on the need for a reduction in premiums.

“The Deputy is correct that the PIAB report on what has happened since has shown a substantial reduction in the amount of awards issued,” said the Taoiseach.

“We want to see this followed through in reduced premiums from companies. The insurance industry needs to come up to the plate and respond to the changes the Government has made in terms of insurance.”

In response, Deputy Fitzpatrick said that the businesses needs urgent help, saying that it has worked with autistic children and children with other disabilities and that it shouldn’t be forced to close.

“What will I tell the parents contacting me who have autistic children and children with disabilities?

“I am pleading with the Taoiseach. This is only the start of it.”

The Taoiseach commended the work of Air Bound for their work with children with disabilities and special needs, but said that the Government cannot set insurance premiums due to EU legislation.

He did however, seek to hear more details from Deputy Fitzpatrick and said that he would contact Minister of State Sean Fleming, who is currently working on insurance reform to see if there are any actions that can be taken.