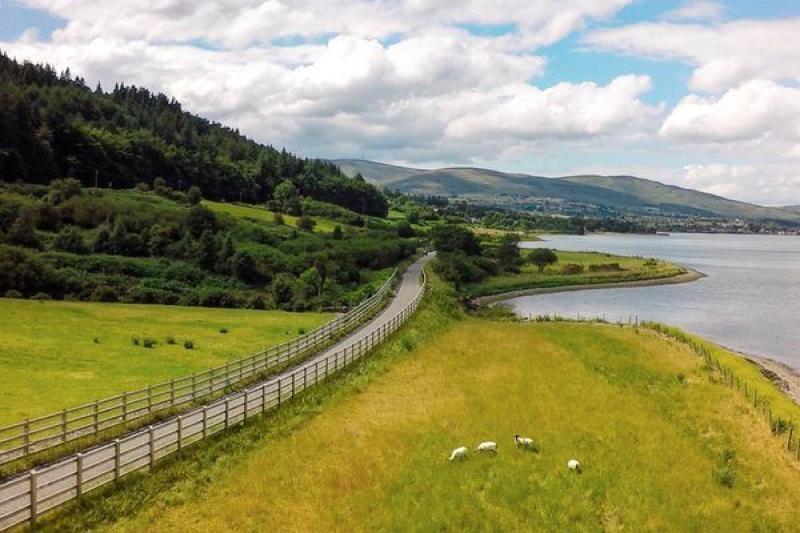 Louth County Council has issued a Compulsory Purchase Order (CPO) for several pieces of land for the development of the Carlingford Greenway extension, which is set to stretch from Omeath to the border.

The local authority issued the CPO on Tuesday, September 14th, with the order allowing for both permanent and temporary acquisitions of land along the greenway route.

Under the order, LCC is set to acquire pieces of land in townlands like Knocknagoran, Drummullagh, Lislea and Cornamuckalagh.

LCC will also temporarily acquire lands in these townlands to allow for the construction of the greenway.

The lands the council are set to acquire do not have houses on them, according to the order.

The CPO comes as Sinn Féin Cllr Antóin Watters questioned whether or not LCC would be capable of looking after an expanded greenway, saying that he had received complaints about the condition of the greenway.

“I went for a walk on it there a couple of times over the last number of weeks and the conditions are very bad, a lot of the hedges are growing out and the surface of it is very bad in places, the general upkeep is not great,” said Cllr Watters.

“My fear is with us looking to extend it that we’re not nearly fit to look after what we have… If we could try and get on top of this now and keep on top of it, that’s the main thing.

“It’s a major attraction to the area, don’t get me wrong, it’s brilliant.

“I think it’s the best thing that came to the area in a long time, but it needs to be done right.”