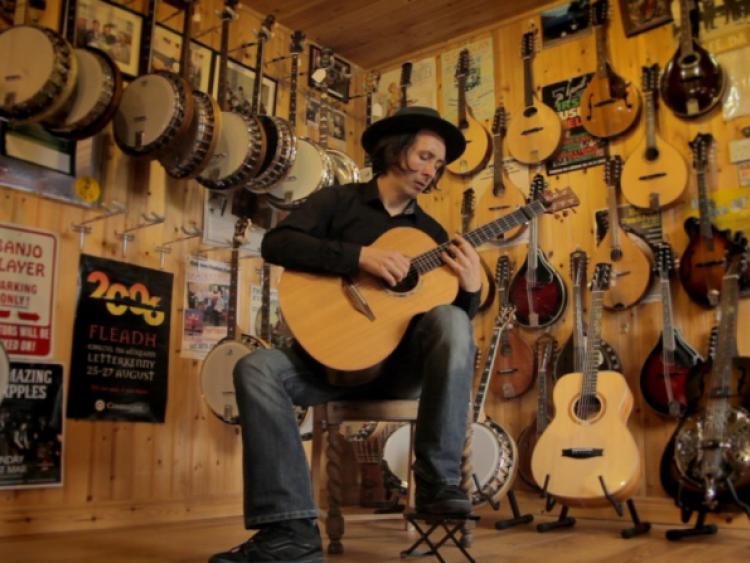 Gifted Galway guitarist, dobro player and songwriter Tom Portman is returning to the Spirit Store to perform on Thursday, 16 October.

Gifted Galway guitarist, dobro player and songwriter Tom Portman is returning to the Spirit Store to perform on Thursday, 16 October.

It’ll almost be a year to the day when the Galway guitarist last played the Spirit Store playing support for hot Louisiana Slide player Dege Legg.

For this gig Tom will be playing music from his three solo albums including his latest release ‘Float Your Blues Away’ which combines original Blues with some distinctive instrumental compositions.

The musician will also be debuting some as yet unreleased compositions for a new album due out soon.

Over the past decade Tom Portman has simultaneously cultivated a thriving solo career playing a blend of blues, contemporary, traditional and eastern tinged original music whilst being a staple and session musician in a number of prominent Irish original music bands.

Playing acoustic, electric guitar, dobro, lap steel and other stringed instruments he presents a wide repertoire with compositions that draw on many global styles yet have a distinct flavour of their own.

Both his musicianship and music are becoming renowned in Ireland and abroad and he has supported the likes of Eric Bibb and Preston Reed and has performed alongside a long list of musical greats from Sharon Shannon, Roesy, Mundy, Charis, Peader King, Magda Piscorczyk (PL) and the Bahh band.

The last few years saw him tour India, Poland, Ireland, and France - playing with a plethora of acts, in tandem with his own captivating shows. The gig is downstairs in the Spirit Store and will begin at 9.30pm.