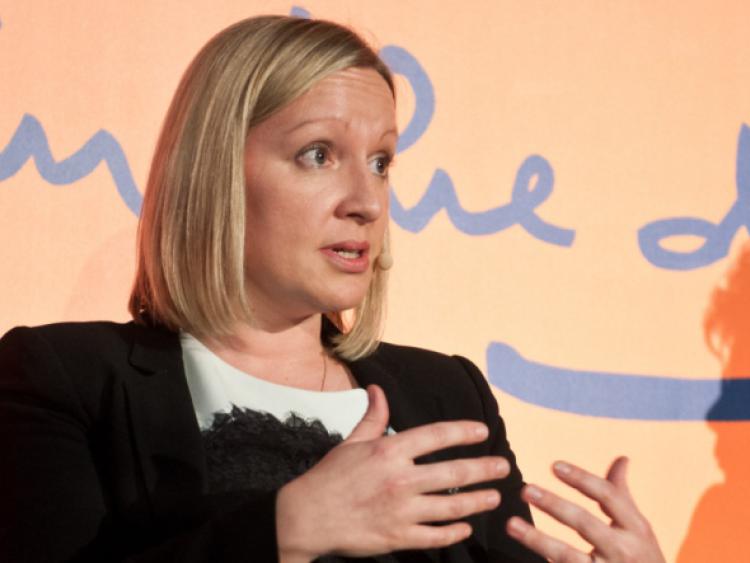 New political alliances are turning out to be as common as winter colds: a new bug seems to be flying into the atmosphere every minute. But it all seems to be well planned. As the water charges row dies down a little, a winter crisis hits accident and emergency departments in hospitals around the country, so what better way to keep the ball rolling than an announcement that you have the magic elixir and you can make the country go again.

New political alliances are turning out to be as common as winter colds: a new bug seems to be flying into the atmosphere every minute. But it all seems to be well planned. As the water charges row dies down a little, a winter crisis hits accident and emergency departments in hospitals around the country, so what better way to keep the ball rolling than an announcement that you have the magic elixir and you can make the country go again.

First former Fine Gael rising star Lucinda Creighton rolled out her party with no name, no policies, and more importantly, no candidates, except financial wizard Eddie Hobbs who hasn’t made up his mind, and then came the Dublin’s Shane Ross and Leitrim-Roscommon Michael Fitzmaurice, who are going to work in ‘the interest of the people and work to absolutely uproot politics in this country in a very radical way’.

These two have the backing of Dublin independent Dail deputy Finian McGrath who said they have been in touch with independent councillors around the country and expect to run a candidate in every constituency in the next general election.

This week, Shane Ross was in Dundalk and Lucinda Creighton was also in the county getting the views of independent Louth councillors. Head hunting in other words.

Independent Maeve Yore, who took the third seat in Dundalk-South in last May’s local elections, has been contacted by both these groups but has not made any decision so far.

She has taken a strong stand on issues concerning employment for young people, rights for the disabled and the elderly, and these are social issues close to the heart of Finian McGrath, who has made health, education and disability his political priorities.

Then there is the Independence Together group who have also approached Louth’s independent county councillors.

Independents Together describes itself as a voluntary non-party organisation set up to encourage ordinary people from all walks of life to run as independent candidates in all counties.

It began life in county Clare and its founder Jim Connolly, states that it is not ‘another protest group, but a positive response to the state of the country by ordinary people who are taking their courage in their own hands to run as independents in local, EU and national elections’.

Louth county councillor Jim Tenanty has been asked to get the views of local independents in Louth and to see if they are interested in joining this support group for independent councillors in all counties.

“There is a meeting of Independents Together in Athlone at the end of January,” said Cllr Jim Tenanty, and we’ll see what emerges from that.”

They look all set to put candidates forward in the next general election.

Today (Tuesday) Fine Gael will hold a ‘mini think-in’. Party members are worried. Everybody in Dail Eireann is worried, except Sinn Fein whose popularity has soared, and the independents who are now going round the country searching for near-relatives.

It has always been difficult to get elected as an independent, but with public disillusionment with the traditional parties of government, and a well-run machine behind them, the next election could see a new independent alliance emerge.

And if the numbers are right they could form the next government.

And numbers will be important in the next general election.

Fine Gael and Fianna Fail promised new gender quotas and now they have to find candidates that qualify. This means they must now introduce “positive discrimination” (only a politician could have come up with that phrase) to meet this requirement.

This is going to lead to all kinds of confusion. For instance, in Kerry, co-opted councillor Norma Moriarity will be put forward ahead of former minister John O’Donoghue. That might to a good thing. But the whole idea of being nominated because of one’s gender lacks a bit of logic, however well intended.

But it was there idea and now they have to sort it out. Here in Louth, Fianna Fail have no women on the county council. So where are they going to get a female general election candidate? Is it going to be independent’s day?