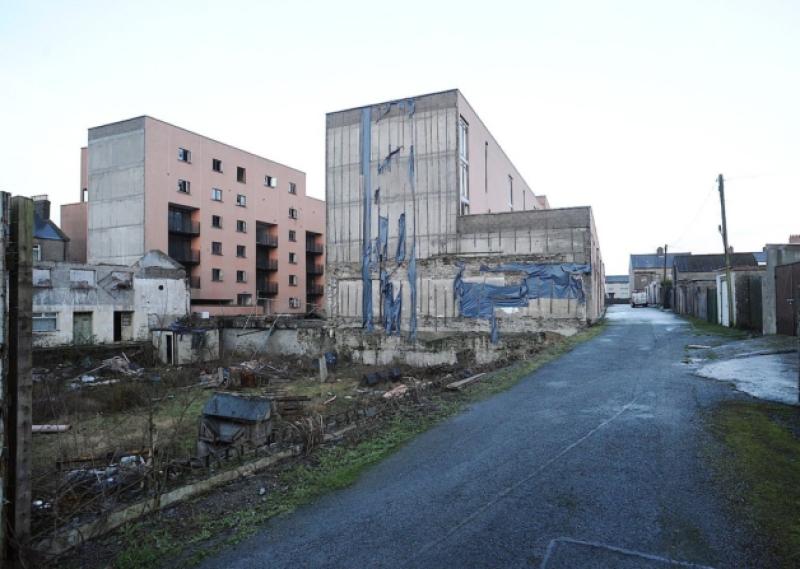 The Ard Dealgan development has once again been thrown into national focus as a BBC Northern Ireland programme featured an extensive look at its developer Tom McFeeley.

The Ard Dealgan development has once again been thrown into national focus as a BBC Northern Ireland programme featured an extensive look at its developer Tom McFeeley.

The BBC crew had been filming for a number of months in the lead up to its first airing on Tuesday night.

The former IRA gunman and former multi-millionaire was largely unrepentent for his involvement in the notorious Priory Hall development, and Dundalk’s unfinished equivalent, Ard Dealgan.

Dundalk fire chief Eamon Woulfe spoke on the programme, outling how he had been forced to serve a closure order, evacuating 20 tennants from the building.

Yet McFeeley expressed no remorse in the interview, suggesting that all that was needed was a hole in the wall of the carpark to make the building complient, a view that was dismissed out of hand by Mr Woulfe, who said that would not even rectify the one the buildings numerous problems.

Speaking to the paper Cllr Mark Dearey s aid that the circumstances at the time allowed charactersuch as McFeeley to thrive.

“It was a combination of conditions that lead to this. We had very weak development plans, poor building controls, and an overwhelmed planning system. That was aperfect environment for people like McFeeley to operate.”

“McFeeley just didn’t give a damn about the people who would be effected by this.”

Meanwhile the granddson of a elderly resident of road behind Ard Dealgan has lobbied the Dundalk Town Council to do something about a 20ft deep pit that has been exposed by the recent storms.

Having addressed the council Donal Greene was told ‘‘we are looking into various options but nothing has been agreed due to cost implications’.

Mr Greene now wants the council to outline how they are to address the ongoing issue.

The Democrat previously outlined how Mr Greene’s grandfather was too afraid to park in his garage as it back onto road overlooking the unprotected pit, and is now forced to park on the street.