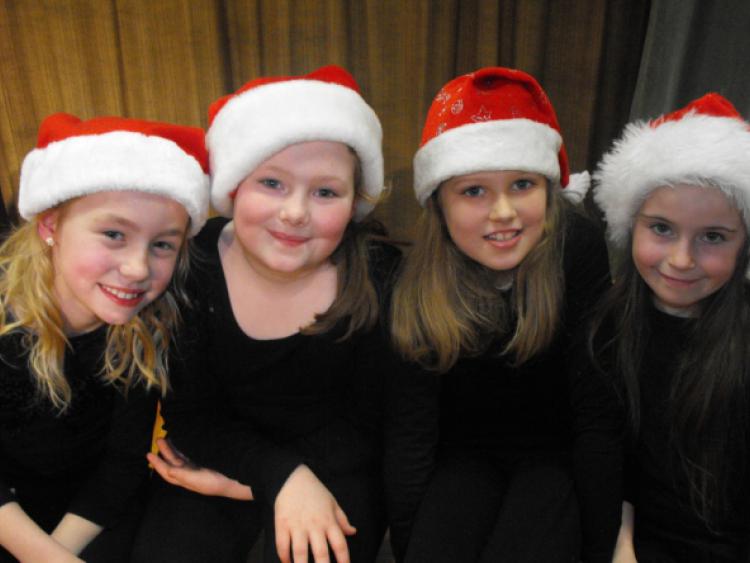 The Christmas spirit was alive and well in Scoil Mhuire na Trócaire Ardee in the run up to Christmas. Classes entertained the whole school community with a variety of Christmas plays over a two week period.

The Christmas spirit was alive and well in Scoil Mhuire na Trócaire Ardee in the run up to Christmas. Classes entertained the whole school community with a variety of Christmas plays over a two week period.

Second Class charmed the audience with the story of Baboushka, based on the traditional folk tale of the Russian girl who hears the news of the birth of Jesus but at first refuses to listen. Taylor Watters was a delightful Baboushka and the Russian dances and songs were a joy to watch.

4th Class under the direction of teacher Niamh Sweeney performed the upbeat, jazzy musical “Stable Manners” and the musical harmonies and splendid acting were of a very high standard with some enchanting solo performances by Ellen McEnaney, Iona McCreanor to name but a few.

Melody McMahon starred in “Whoops a Daisy Angel”, the play performed by Mrs Kirby’s junior infants. It sent a joyous Christmas tingle through the audience as the story unfolded about the hapless little angel with the lop-sided halo who eventually shows the way to Baby Jesus!

1st Class sang a variety of songs; rock, blues and lullabies in their production of Hosanna Rock.

The school pupils and their teachers have to be congratulated for the work put into preparing and performing their plays.

The school shared the Christmas message with the residents of Moorehall Lodge Nursing Home when 3 classes visited to perform and sing carols for the residents.

Sixth Class sang for the clients of Ardee Day Centre on Thursday 19 December when they celebrated their Christmas Mass.

Pupils from 4th and 5th classes have been busy preparing for the Ardee Parish Carol Service on Sunday 22 December.

The pupils of Scoil Mhuire na Trócaire Ardee enjoyed great success in the Louth Local Authorities Christmas Decoration Competition last week. Each school is invited to send 6 decorations made from recycled materials . The Ardee children were thrilled when their 6 entries were chosen as county