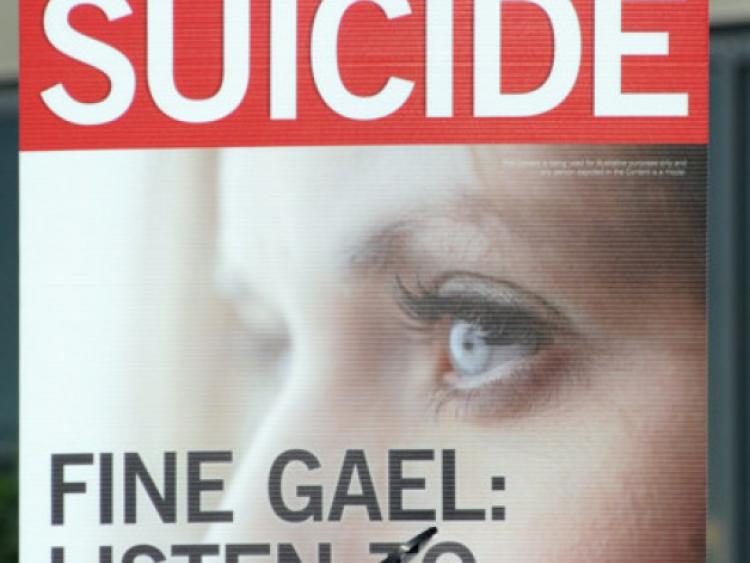 A GRAPHIC poster campaign launched by Youth Defence in Dundalk has caused controversy this week due to what some regard as offensive images displayed on them and by because many perceive them as illegal littering.

A GRAPHIC poster campaign launched by Youth Defence in Dundalk has caused controversy this week due to what some regard as offensive images displayed on them and by because many perceive them as illegal littering.

The posters have been erected across the town, depicting images for a campagin against new legislation relating to circumstances in which the termination of a pregnancy can take place.

Yet they have angeredmany, with some local people are taking it upon themselves to tear the posters down. Yet, due a loophole in the law, the posters are in fact legal, as they are advertising ‘an event’ in Dublin. Following a request from the Democrat, Dundalk Town Council told the paper: (We have)... received a number of queries/complaints in relation to the pro-life/anti-abortion posters which were erected last weekend.

“Under Section 19 (7) (b) (i) of the Litter pollution Act 1997, no offence has been committed as the posters are advertising a rally (public meeting) on July 6th in Dublin. However, if the posters are not removed seven days after the event, this will constitute an offence and fines would therefore be issued.”

“Dundalk Town Council has already removed several of these posters where they were erected at traffic light junctions causing possible distration to road users which would consititute a safety issue.”

Speaking to the Democrat, Cllr Eamon O’Boyle told the paper “The posters are over the top. It seems to be a very aggressive way of advertising.

“I understand that permission must be sought to get them put up. I’m in no way in favour of abortion but these posters are over the top and are a nuisance.”

A Democrat readers reaction to the posters was largely negative.

Karen-Marie Neary “Litter? I’m more concerned to the fact my 6 year old daughter asked me what it meant... I get that the message needs to be driven home but I really don’t think this is the appropriate way,” while John Rankin said: “There is no need for this type of poster to be put up, everyone is aware of what is going on and putting these posters up only shows the one sided attitude of these people.”

Though BarryMcDonnell said: “Seriously, you are joking right! Littering? Nobody seems to be representing the truth apart from life institute and YD.”

A spokesperson for Youth Defence told the paper that the posters would be taken down within the timeframe allowed.