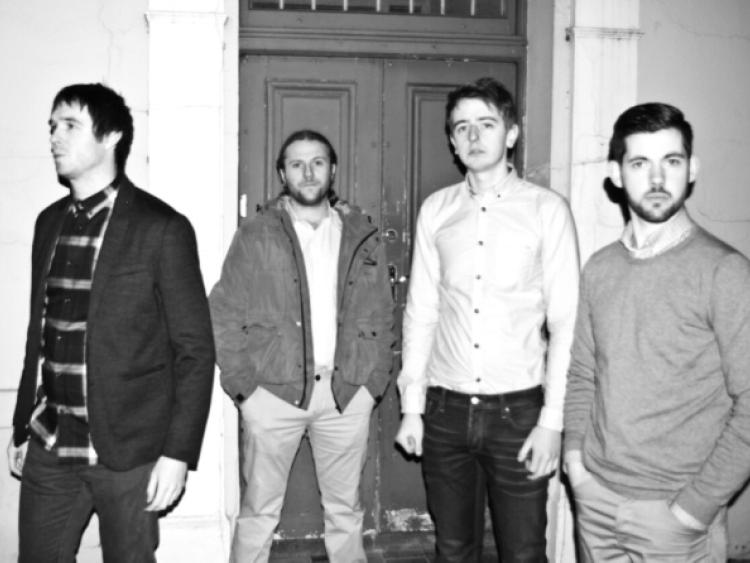 2Minutes2Midnight are releasing their new single ‘Lullaby Lane’ from their up and coming album this Thursday, 20 February.

2Minutes2Midnight are releasing their new single ‘Lullaby Lane’ from their up and coming album this Thursday, 20 February.

To celebrate the launch the Dundalk band will be performing upstairs in Whelans on Wexford Street in Dublin.

The four piece, who hail from Louth and Dublin have a new sound, which is influenced by the jazz style of new guitarist Paul O Loughlin and the enigmatic song writing of frontman Damien Mc Kenna, along with bass player Feargal Donaghy and drummer Stephen Walsh.

2013 proved to be a successful year for the local band as they toured the UK and Ireland supporting acts such as The Hot Sprockets, The Raglans, Bonehead and Parlour Flames.

They have since gained notoriety from Sony, EMI and Rough Trade Records.

Drawing on The Rolling Stones “Exile on Main Street”, The Beatles “Sgt Pepper”, Pink Floyd’s “Piper at the gate”, The Pretty Things “SF Sorrow”, The La’s “The La’s” and Kasabians “West Ryder” to name but a few, the band have created a rich blues sound with throw backs to 1969 and have taken to the studio alongside producer Gavin Glass to record two singles for release this month which will be closely followed by an album.

“Working with Gavin was a pleasure”, said lead singer Damien McKenna, “He made the tracks sound like Keith Richards on relaxers.

“We are proud of our new sound and it is a huge step forward for 2014,” Damien added.

You can keep up to date on all the latest 2Minutes2Midnight news at www. 2minutes2midnight.com, on Facebook (www.facebook.com/pages/2Minutes2Midnight) or Twitter @2Mins2Mid.