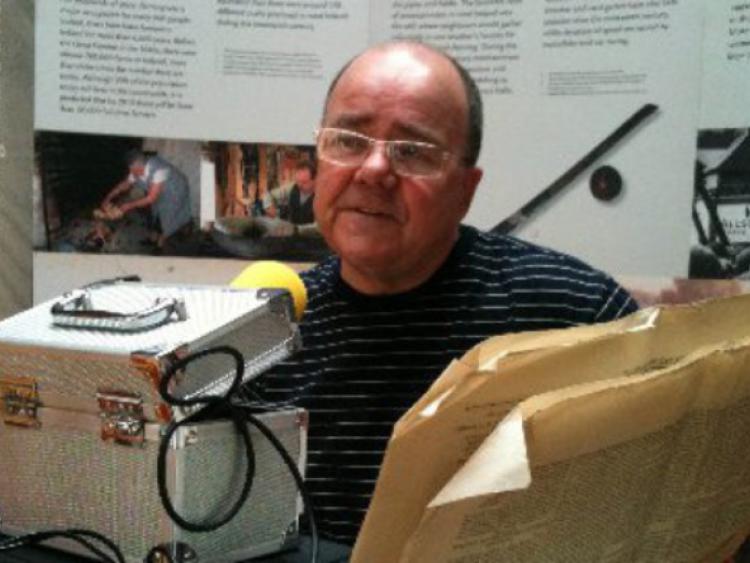 One of the most successful Gathering projects both here and in the country has been the Gathering History Project here in Dundalk.

One of the most successful Gathering projects both here and in the country has been the Gathering History Project here in Dundalk.

It was set up by Harry Lee with the assistance of Jason Lee and the backing of Brian Walsh curator County Museum.

Harry is of course a distinguished local broadcaster and what he has managed to compile a wonderful set of interviews of with people from Dundalk who emigrated or travelled the world.

Some of the people are well-known or famous, some have led their own quiet successful lives. But all of them have interesting stories to tell.

He recorded Jim Corr of the world famous group. Tom Savage chairman of RTE who had been a Catholic priest sent out to meet British soldiers at the beginning of the Troubles.

John spoke via video at the launch on St Patrick’s week via video from the US.

The man from Cox’s and Point Road is one of our great emigrants who have contributed to The Gathering History, a project launched in the County Museum last week.

John has over $223m in box office figures for ‘A Good Day to Die Hard’, and is on first name terms with Hollywood’s A-listers, last week he contributed a video interview to the The Gathering project explaining how much Dundalk means to him.

He paid tribute to his former teacher Tom Murphy and said it was Tom who inspired him to carve out a career as a film director.

“I met one of the first big influences of my life at the Redeemer school in Dundalk,” said John through a video at the launch of this project which has been created by Harry Lee and Jason McGee and the County Museum.

The video interview featuring John is now part of the www.gatheringhistory.com project.

If you are from Louth, living abroad and would like to be a part of the project please contactinfo@gatheringhistory.com.

John Moore’s interview and others including Jim Corr’s can be viewed atwww.gatheringhistory.com.

Well done to Jason McGee and Harry Lee and curator Brian Walsh on producing a great history of the town.

Harry Lee will continue to gather interviews and personal histories in the new year.

If you would like to hear Harry Lee talking about the project see the video on www.dundalkdemocrat.ie