Adams doesn’t know if Disappeared will be found 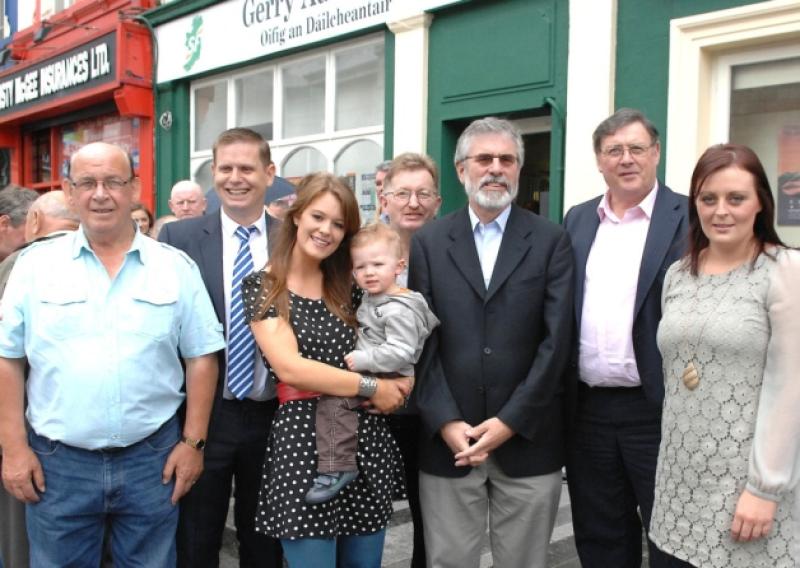 Gerry Adams has said he doesn’t know if the remaining seven so-called ‘Disappeared’ will ever be found.

Gerry Adams has said he doesn’t know if the remaining seven so-called ‘Disappeared’ will ever be found.

The Democrat asked Deputy Adams how likely he thinks it is that the so-called ‘Disappeared’ would ever be found, to which he replied:

“I don’t know,” stated Deputy Adams. “What I do know is that keep trying to get those remains returned to the families who have been bereaved and I would once again appeal to anyone, who have any information. They mightn’t think it’s material, they might not think it’s important, but any piece of information should be brought to the families, to the Commission itself, or to me.

“I would endorse entirely the condemnation. Jim Nesbitt has said we need to help these families. Republicans have been working with the Commission, the chief forensics person with the Commission, Geoff Knupfer, has said he is receiving 100 per cent co-operation from Republicans, but still there are families left without a grave to go to, and we just have to keep trying our best and keep pursuing, the smallest piece of information at all.”

He also denied the Party has been less than forthcoming on helping the Commission.

“What the IRA did, they have apologised for. A great injustice was done to these families, and certainly won’t be contented until the remains have been returned.”

In an appeal for information about the whereabouts of seven IRA murder victims, Star Wars and Taken actor Liam Neeson said their relatives had endured decades of unthinkable torment.

“The pain caused by the murder of a relative is almost unimaginable.

“The pain of not knowing where that murdered relative has been secretly buried and the family denied the chance to properly grieve is almost unbearable,” he said.

Seventeen people - 16 men and one woman - were kidnapped, killed and secretly buried by republican paramilitaries during the Troubles.

To date, the remains of 10 people have been found after details were given to the Independent Commission for the Location of Victims’ Remains (ICLVR) which was set up by the British and Irish governments after the 1998 Good Friday Agreement.