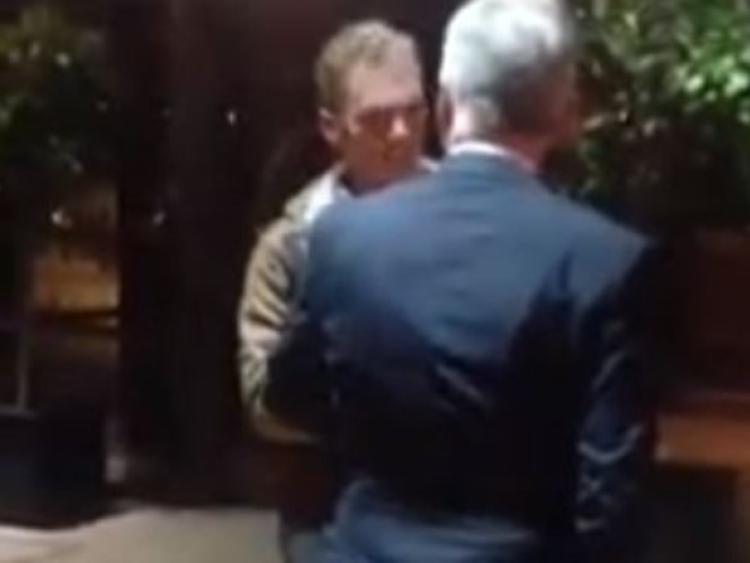 A group of anti water charge protesters picketed a Fine Gael meeting which was held at the Crowne Plaza last night.

A group of anti water charge protesters picketed a Fine Gael meeting which was held at the Crowne Plaza last night.

The protest was lead by local activist Finbar Markey, who rallied protesters outside the hotel after word was spread on social media that Fine Gael would be holding a meeting.

Mr Markey confronted a number of Fine Gael politicians, including Senator Jim D’Arcy and Cllr John McGahon, as they made their way into the Crowne, with several of the exchanges being filmed and later posted to Facebook.

Chants of “you sold out” were directed at Cllr John McGahon as he made his way into the meeting, while “No way, we won’t pay” and “you can stick your water meters up your ****’ was also sung by the protesters.

Senator D’Arcy, who stopped to speak to Mr Markey, told him, “You are being listened to, but maybe not enough” as he made his way into the meeting at approximately 8pm.

Earlier in the day similiar protests had been held at the Louth County Council Budget Meeting.