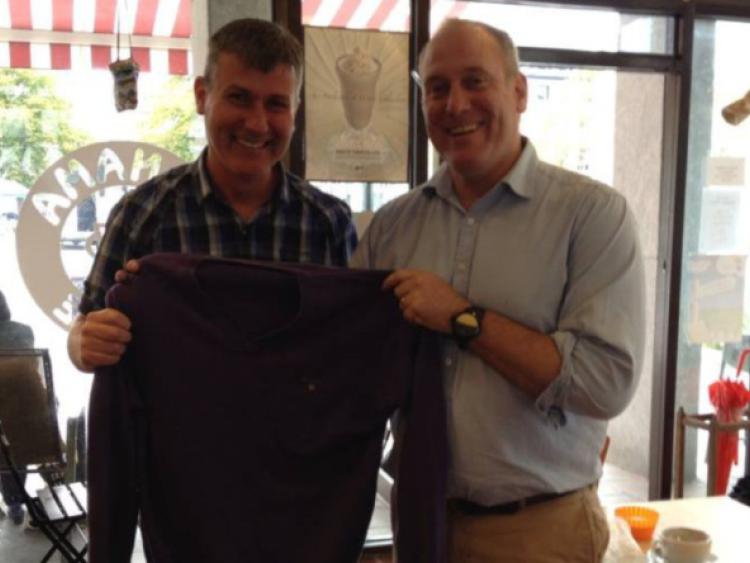 There was a close call this week for Dundalk FC manager Stephen Kenny, who nearly lost a jumper in a local cafe.

There was a close call this week for Dundalk FC manager Stephen Kenny, who nearly lost a jumper in a local cafe.

Much like any normal day, Mr Kenny was enjoying a coffee and a read of the newspaper at Panama Cafe on the Market Square.

Kenny, who is a sometime patron of the popular cafe eventually finished his break, got up and paid, before leaving the establishment.

However it soon became clear that one of his favourite jumpers which he had with him when he entered the cafe was no longer in his posession.

Kenny, who enjoying his tenure as Dundalk Manager in one of its most successful campaigns in years, immediately began a search.

Speaking to the Dundalk Democrat, owner of Panama, Stephen Egan, said he innitially suspected St Patrick’s or Drogheda United fans had something to do with it.

“Stephen came back and we presented him with the jersey. In fact he had just left it behind on the seat.

“Stephen was delighted to have it back. No Drogheda or Pats fans were involved in its abduction!”

Let’s hope the safe return of the jumper heralds more good luck for the rest of the season.