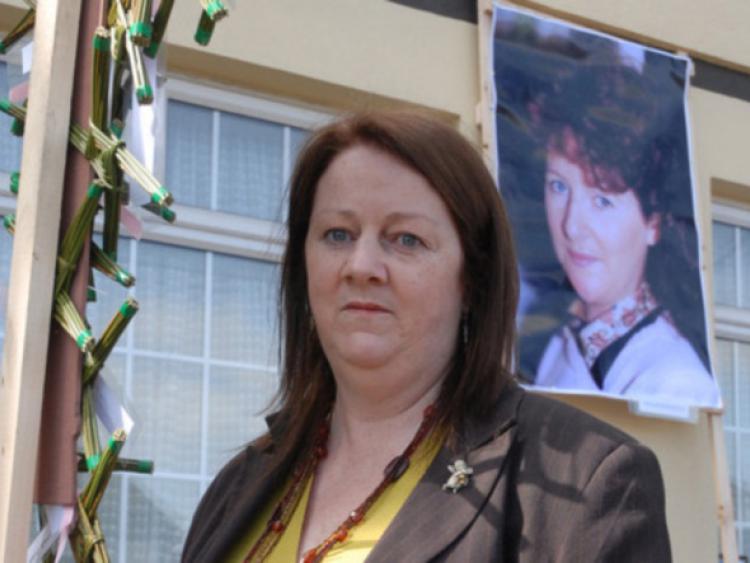 The sister of murder victim Irene White has launched a Christmas appeal saying that the New Year brings new hope following a major breakthrough in the case.

The sister of murder victim Irene White has launched a Christmas appeal saying that the New Year brings new hope following a major breakthrough in the case.

Anne Delcassian spoke to The Dundalk Democrat this week about Irene’s brutal murder in 2005 at Irene’s home at Ice House Hill Dundalk.

In October of this year an Irishwoman living in Australia contacted Australian police about the case. It is understood the unidentified woman had fresh information in relation to the case.

Detectives of the Garda Cold Case team in Dublin are working on the case at present.

“The detectives are bringing a range of new items to the case.

“The major breakthrough has brought new energy to the case and good progress is being made.”

Anne describes Irene as a woman who would light-up the room and who especially enjoyed Christmas.

“I was decorating my Christmas tree and I couldn’t stop thinking about Irene,” she said. “She loved Christmas.

“Irene will never get to see her granddaughter now and her children no longer get to see their mother because of what happened to her.

“Somebody entered Irene’s home with the intention to murder her. My mother’s heart died the day she discovered Irene’s body.”

Anne is now calling for those with information to come forward.

“Christmas is a time for family and a time of forgiveness. I am calling for those involved in Irene’s murder in Dundalk and those in outlying areas, who know exactly who they are, to come forward to the gardai with the information they have.

“Time is running out for them and the silence will be broken. If these people have a heart or conscience, for the sake of Irene’s family, come forward. Get rid of the burden that you carry.

“I have never given up hope of getting justice. I know the time will come and I have faith in getting closure.”

Anne is also critical of the Government for cutting funds available to services offered for women, including Women’s Aid Dundalk.

Irene was found stabbed to death in the kitchen of her home by her 70-year-old mother, who died a few months later, on Irene’s birthday.

There is a reward of €34,000 to anyone who can provide information which helps to secure a conviction, in addition to the €10,000 reward already being offered by Crimestoppers.