Let’s hope adventure wins over caution in Championship run in 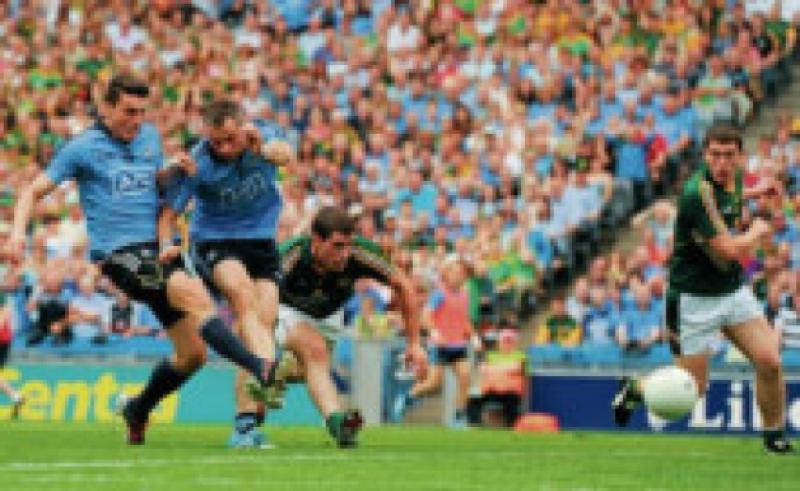 We are fast approaching the All-Ireland football quarter-finals. The full line-up is not yet known, but certain to be among the eight are Dublin and Donegal, both provincial Championship winners. They won their respective titles on the same day, Dublin routing Meath and Donegal exacting revenge over Monaghan for last year’s defeat at the same stage.

We are fast approaching the All-Ireland football quarter-finals. The full line-up is not yet known, but certain to be among the eight are Dublin and Donegal, both provincial Championship winners. They won their respective titles on the same day, Dublin routing Meath and Donegal exacting revenge over Monaghan for last year’s defeat at the same stage.

There couldn’t have been a greater contrast in the manner of their victories. Dublin played the exciting brand of football that has won them everything since coming under Jim Gavin’s care before the beginning of the 2013 season, two provincial titles, two National Leagues and an All-Ireland.

It was fast and open, most moves finishing with a score. Every time Gavin looked to the bench he could see someone as good as the one about to be replaced. He knew for certain the sub wouldn’t be lacking in fitness, for one thing.

The Dubs’ game with Meath was over by the time Donegal and Monaghan lined up behind the band at Clones. What followed at St Tiernach’s was a throw-back to 2011, the year when Donegal beat Derry to win the Ulster title for the first time since 1992.

Jim McGuinness’ team went on to contest the All-Ireland semi-final three years ago, taking on Dublin. Ask anyone from beyond Tir Conaill what was the worst game they’ve ever seen at this stage of the competition and the chances are they’ll name this one, and in apportioning blame they’ll point the finger at Donegal.

This was not the first ever game in which blanket defending was exercised, but never has it had such a celebration. Playing a type of football that only dyed-in-the-wool followers of the green-and-gold would want to defend, Donegal put the emphasis on not letting Dublin score rather than scoring against them, and it nearly worked. It was well inside the final quarter when Pat Gilroy’s forwards eventually found a way through the human maze, getting the few points that decided one of modern times’ lowest scoring semi-finals.

Donegal were more pleasing to the neutral eye the following year; and though following a path strewn with recent-year champions, went the whole way, taking the Sam Maguire back to the north-west for the first time in 19 years. Tactics were different. Adventure replaced caution, the win over Mayo in the decider as good as any of recent years, and celebrated in places beyond Ballyshannon, and Bundoran, and Gweedore, and Lifford, and Killybegs.

Michael Murphy and Colm McFadden were big men in every way that year, making life awkward for their markers and getting plenty of scores; on Sunday week last both were only bit-players. Is it a coincidence that the game had Donegal return to what outsiders would see as the bad old ways?

What made it an awful spectacle was Monaghan trying to ape the opposition. Ciaran McManus is the best forward Farney has had in quite some time, but he got little chance to trade the very best of his wares, isolated up front, trying to win possession with six and sometimes seven Donegal players to contend with? Malachy O’Rourke would have been better off staying with the style that got his team to the final.

What, or who, is going to triumph in the weeks ahead? Most attention is focused on Dublin, and, yes, for all their negativity, Donegal are getting a mention or two. But, wait, new-look Kerry are still standing - and once again, Mayo will be trying to end years of exasperation. Then there are the teams congregated out the back door.

You could get excited about the run-in if there wasn’t the prospect of some teams closing up shop instead of going out to try to pilfer it.