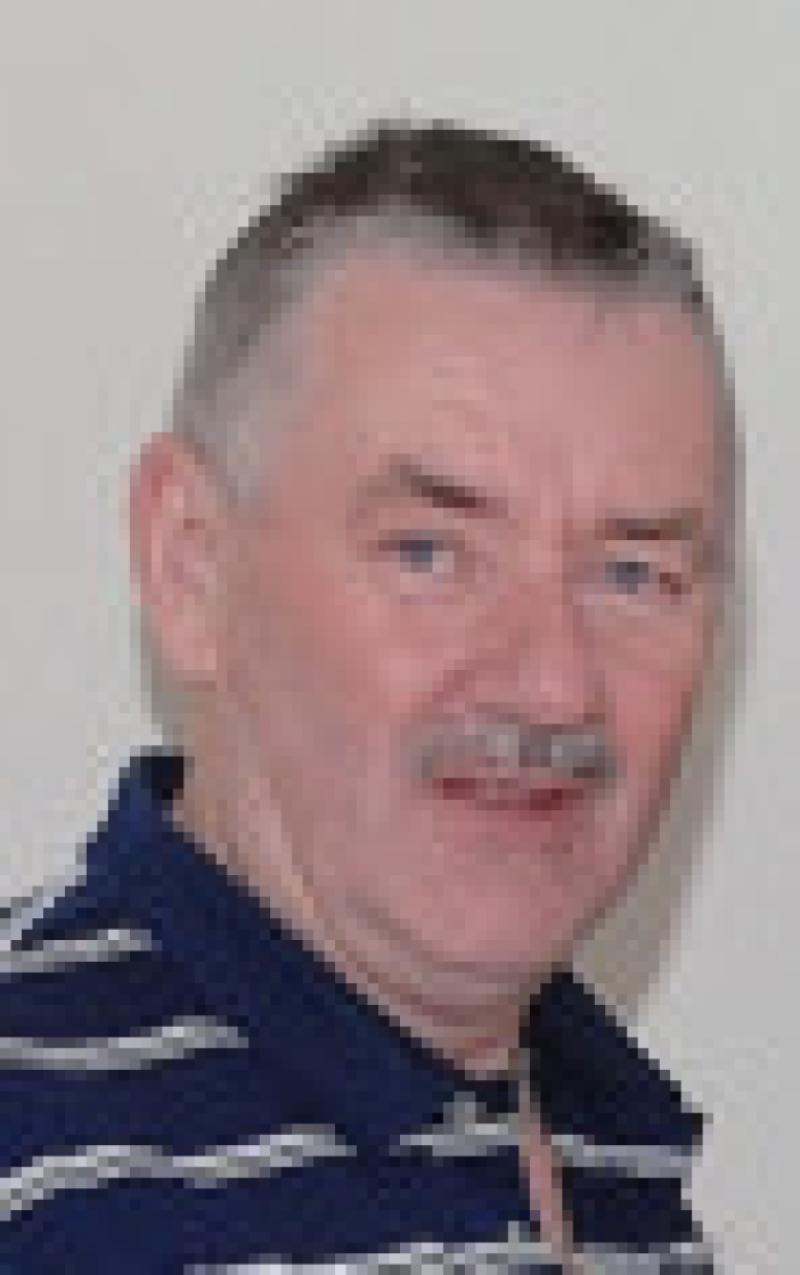 Dublin-born Pat Toner doesn’t have a relative buried in Dundalk’s Castletown cemetery, but still sees himself as much a Louthman as the next. He has filled a number of positions with the GAA’s County Board, including secretary, for fourteen years.

Dublin-born Pat Toner doesn’t have a relative buried in Dundalk’s Castletown cemetery, but still sees himself as much a Louthman as the next. He has filled a number of positions with the GAA’s County Board, including secretary, for fourteen years.

How many years in Co Louth? Forty. Came in 1973, and here ever since.

What took you here in the first place? My job, with the Customs & Excise

Glyde Rangers was your first club? Met Imelda, one of the Sheridan family from Tallanstown, and played with Rangers for a year. Never got beyond the 2nd Division.

Then the switch to Dowdallshill? I was living in town and as some of my work colleagues were playing with the ‘Hill, I decided to join them.

Were you any good as a footballer? Useless, but I tried hard.

So, you won nothing? Not a thing. At that time we were lucky to even win a game.

Did committee work always appeal to you? Not really, but Dowdallshill had a very small membership in those years and most of the players were either officers or committee members. I ended up as club secretary.

When you became secretary, was that your first Co Board job? My first job was Development Officer in 1988, which I got by default as the other candidates withdrew. Imelda, by then my wife, told me going to that Convention that if I took a job she would throw me out. The following year Peadar Kearney retired as secretary, and I was privileged to be nominated for the position. I was defeated on the final vote, but got the job as assistant secretary, which I held along with development officer until 1993, when I was elected secretary.

How many years as secretary? Fourteen. I was honoured to be returned each year,

Was the workload heavy? It was at that time when I had to look after most things, fixtures, county teams, referees, referee reports, players injury claims etc. I also had to keep a day job going. I was lucky enough to have the assistance of Imelda, who had a great knowledge of the GAA. In fact, some would say that she was the real secretary. Being honest, I probably could not have done the job without her help. I was also lucky to have a good team of officers around me. I did mention in my Annual Reports on numerous occasions it was a full-time job, but no-one heeded it

The most difficult part of the job? No aspect of the job was more difficult than the other, but the fact that we were so close to Croke Park there was always a big demand for tickets for championship games. Not having an office outside of the one in my house often proved difficult. I often had to put a ‘gone to lunch’ note on the front door.

How many chairmen did you serve under? Two, in my capacity as development officer and assistant secretary, Paddy McGlew and John Lynch, and four as secretary, Peter Brannigan, Terry Maher, Paddy McMahon and Paddy Oliver.

You were part of the ad hoc committee that oversaw the building of the Darver centre of excellence? Along with Seamus Kirk, Colm Marry, Paddy McMahon and the late Brendan Carthy, I was privileged to play a part in the development, which has been the role model for the rest of the country.

Could you see a county grounds being developed at Darver? If either DkIT or Drogheda do not come fruition, it should be considered. After all, we own Darver, so that has to be a plus.

Your adopted county plays your native county in the Leinster final – would you have divided loyalties? No. It’s Louth first with me then the Dubs.

That 2010 Leinster final – you were assigned to present the trophy had Louth won?I was treasurer of Leinster Council at the time and with the game in injury-time, the then chairman of Leinster Council, Seamus Howlin, told me I would be presenting the cup. But we all know what happened.

Were you happy with the Council’s – and, indeed, Croke Park’s – handling of the controversy? There was nothing in the rules which allowed either Leinster or Croke Park to order a replay. But maybe Meath could, or should have, offered to replay the game.

And the best player? Football: Jack O’Shea, and the great Eddie Keher in hurling.

GAA personality you admire most? Michael Delaney, secretary Leinster Council. I’ve worked close enough with him to know him as a great administrator

Can you see Louth footballers making a breakthrough? A lot of work has been put into underage by clubs and county over the past number years, and, hopefully, it will bear fruit in years to come.

Any interest in other sports? I take a big interest in most sports. National Hunt racing would be my next love after GAA, and I’ve been lucky enough to have gone to Cheltenham in recent years

Any regrets? Biggest one is that Louth have not won a Leinster in recent times. There were great players in the early 1990s. and maybe had there been a back door then, we might have won something. Another regret is that we still have not got a proper county ground

And ambitions? I have completed my terms as PRO and treasurer of Leinster Council, and I would hope to contest the position of vice-chairman of the council next year.

Have you an ear for music? I have an ear, okay, but not a note in my head, sad to say.

So, you have no party piece? After a few light ales, I can come up with a very poor version of Molly Malone.

Best advice given? Have a few beers, but stay off the shorts - given to me by my late father.

Invite four to dinner? Dustin Johnson, Sarah Stirk, who’s a Sky Sports golf presenter, AP McCoy and Robert Kearney. An eclectic mix, I know, but I think the craic would be good, and McCoy might have a few tips for us.