Monaghan to meet Dublin for first time in 93 years 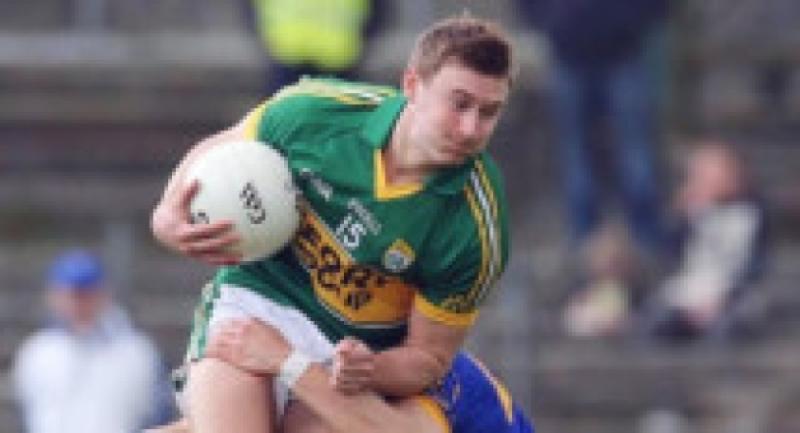 The football fare at Croke Park over the weekend was varied, but overall, very good. The final round of the All-Ireland qualifiers was played on Saturday, and on the following day there were two tussles for semi-final places.

The football fare at Croke Park over the weekend was varied, but overall, very good. The final round of the All-Ireland qualifiers was played on Saturday, and on the following day there were two tussles for semi-final places.

Armagh continue to do their talking on the pitch and none off it; while Monaghan’s extra-time win over Kildare was the Farney County’s first in a Championship match at Croke Park since 1930. Kerry took their new look to headquarters, and did enough to get by wasteful Galway; in three weeks’ time, Eamonn Fitzmaurice’s men meet Mayo, whose game with Cork had a pedestrian first half, but an explosive finish, the men from the West making it home with the minimum to spare.

Barring a draw, or draws, the line-up for the semis will be completed this weekend. Monaghan will have to dig deep into their reserves of energy after Saturday’s 90 minute slog for their not inconsiderable task of trying to match strides with Dublin, and on a day when a variety of Ulster accents will be heard in and around the capital, Armagh will attempt to stop Donegal from making the last four the preserve of only provincial champions, providing, of course, the odds on Dublin are not floored.

While it’s 84 years since Monaghan last won a Championship match at Croke Park, it’s even further back since there was a Championship meeting of the Farney and Dublin. The 1921 clash was an All-Ireland semi-final, and the game, which Dublin won by 2-8 to 2-2, was played at Dundalk’s Athletic Grounds.

Conditions were foul for the Saturday evening games, heavy rain making it difficult for players to stay on their feet. O’Byrne Cup weather, someone called it, and that wasn’t too far wrong, for it was also cold, at least for those looking on.

Armagh applied a partial media ban after their Ulster Championship meeting with Cavan, management blaming “biased reporting” over the schemozzle which took place as the teams lined up behind the band at Breffni Park. It’s still in place, and so is the team.

Saturday’s win over Meath was the Applemen’s third in the qualifiers, and it was gained on the back of a lightning start and a solid second half performance. If Donegal come out to play as they did in the Ulster final, Armagh might need only to adopt a more adventurous approach than Monaghan did in Clones to be in with a shout. Monaghan tried to beat Jim McGuinness’ side at their own game, and it simply didn’t work. Armagh should try to be more attack-conscious.

But Monaghan are still in the title-hunt, their win over Kildare coming after they’d battled back to score a late equaliser, and then dominate extra-time. Manager Malachy O’Rourke had no alternative but to empty his bench; a few of those he sent in, Jack McCarron in particular, played a big part. Vinnie Corey’s goal in regulation time matched the brilliance of the one Thomas Flynn scored for Galway the following day.

That Flynn score came after Galway had made a desperately shaky start, going eight points down and needing seven shots at goal and almost 20 minutes’ play to get their first point. They rallied in the second half to get to within a couple of points, but in the end were well adrift of a side that had its aces up front.

This James O’Donoghue is something else, exceptional on the ball and able to turn the slightest of chances into a score. Along with the Geaneys and Johnny Buckley he is doing more than enough to keep Kieran Donaghy out of the forward line and off-set the loss of the injured Colm Cooper.

While competitive, the first half of Mayo’s meeting with Cork lacked fire, both teams, Cork in particular, happy to build attacks slowly from the back. But what a turnaround there was in the second half, the teams sprinting instead of crawling and Cork coming from seven points down to draw level.

Cormac Reilly, the second of two Meath-based referees to officiate at Croker over the weekend, made a few big calls, neither of which went Cork’s way, and then there was further controversy when he’s alleged to have told Colm O’Neill there was still time to play before the Cork forward stepped up to a late close-in free, at which stage a couple of points divided the sides.

O’Neill tapped the ball over the bar, but as soon as the kick-out was taken, Reilly blew the full-time whistle.

An exciting weekend, not short on drama, daring deeds, some great scoring and heroic defending. But did we see anything to change an opinion long-held by many – that Dublin are a shoo-in to retain the title? Inside Track doesn’t think so.