Donegal go on the offensive for a famous win 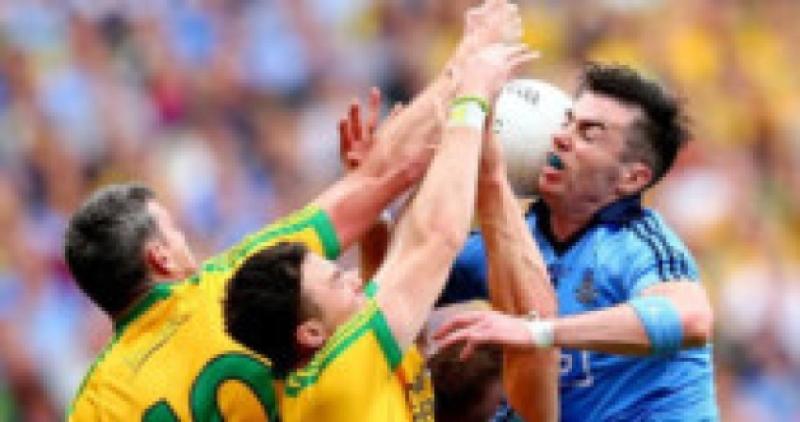 Unbeatable. Unbackable. Two words heard more than once on the run-up to Sunday’s All-Ireland semi-final. What happened was, well, unthinkable.

Unbeatable. Unbackable. Two words heard more than once on the run-up to Sunday’s All-Ireland semi-final. What happened was, well, unthinkable.

Supreme, albeit against moderate opposition, on their saunter through Leinster and only given a game of it by Monaghan in the first 20 minutes or so of their quarter-final, Dublin had only to turn up at Croke Park to collect their tickets to the final.

Donegal? They’ll put up a good defensive show as always, but won’t get the scores. Remember the last meeting of the sides? Terrible stuff three years ago, Donegal happy to mount a blockade, but not often enough on the attack to get the scores to win. Eight points to six for the Dubs, the game one of the worst seen at headquarters, or any other quarters for that matter. It’s usually refs, players and sometimes linesmen and umpires who are booed; on this balmy – make that, barmy – afternoon it was tactics, Donegal’s, that got the bird.

The bookies were among the many that rowed in behind the Dubs this year. Short price favs for the Leinster, and as low as 4/1 on with four teams remaining in the race for Sam, the title-holders were put way out of reach for all but the biggest of gamblers going into Sunday’s match. In other words, unbackable.

The year after the last meeting of the sides, Donegal appeared to change tack, and though their passage was strewn with provincial winners and several recent-year All-Ireland champions, they fashioned a splendid All-Ireland win, the north-west’s first in 19 years.

It was a win greeted by many outside the county, and had it not been for last Sunday’s renewal of rivalry with Dublin, the 2011 semi-final would have been parked in some dark corner, not to be disturbed.

But then came this year’s Ulster final with Monaghan. Oh, no, they’re back to where they once were, suffocating the Farney forwards, three or four players sometimes surrounding an attacker. Rather than try to counteract, Monaghan read from the same hymn sheet and ended badly out of tune.

So, there you had it, Donegal, travelling by bus to Dublin and then driving it on to Croke Park, playing against one of the most exciting attacking teams seen in recent times.

It seemed the predictions of all but people from Dun na nGall were going to yield a dividend when Dublin went five points clear early on. Two goal chances were missed, but that didn’t matter. The points were sailing over, the Dubs’ policy of shooting from long distances rendering Donegal’s useless.

But wait, Jim McGuinness could have a Plan B. Maybe he had, or maybe not, but in the time that remained before the change-over, Donegal players became more liberally spread around the pitch, the Dublin half no longer a no-go area. One or two beautifully-struck points were followed by a Ryan McHugh goal, and Dublin were no longer ahead.

It got better for the Ulster champs in the second half. As their lead grew, so did Dublin’s frustration. When did you ever see so many of the locals’ shots go wide? When did you last see them stripped of their swagger?

Donegal celebrated as if they’d won the title, and no-one could blame them. Theirs was a famous win; but still there’s a game to go, this one against Kerry, whose replay win over Mayo at Limerick the day before was even more hard-earned than Donegal’s.

There was hard-hitting at Croke Park, but absent was the Gaelic Grounds nastiness which the intensity with which the game was played and excitement couldn’t hide. Who had the camera focussed on him more often than anyone else at Limerick? Referee, Cormac Reilly, and that was because he was called upon to adjudicate much more often than Joe McQuillan the following day.

Okay, so the Meath official got a few wrong, but that wasn’t the problem. What was problematic was the ferociousness of the tackling, much of it leaving the arbitrator to make decisions by the minute, and maybe even more often than that.

Lee Keegan lined out for Mayo having been red-carded in the drawn match. Another of the Meath men on the elite panel of referees, David Coldrick, made the right call in dismissing Keegan. In overturning his decision, Coldrick was badly let down by whichever of the Croke Park committees heard the appeal.

Probably more significant than Donegal seniors doing what many considered the impossible was their minors also beating Dublin in the Croke Park curtain-raiser, giving the county a first-ever place in the U18 decider.

Maybe there’s more to Jim McGuinness’s plan than just writing the script for the flagship.