Even Saints can have their head turned by money 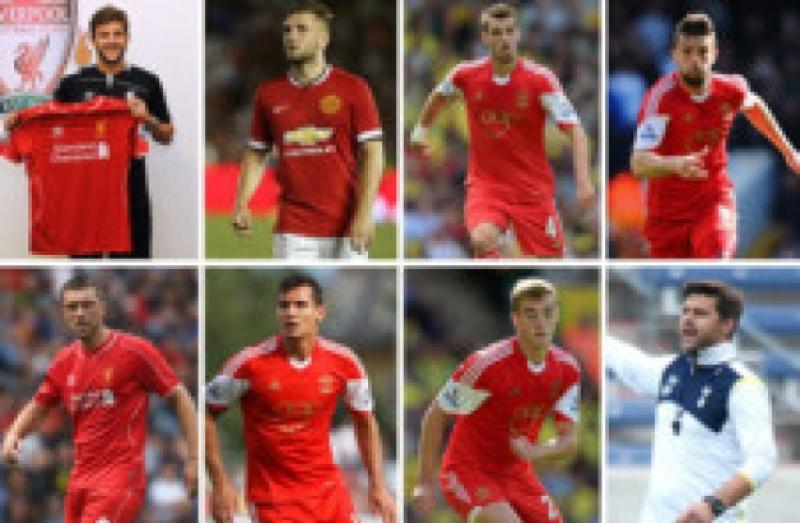 Forget about the big-spending Liverpool and Manchester United.....and title-holders, Manchester City, and Jose’s Chelsea, and Arsenal, with the longest-serving Arsene again on the line.

Forget about the big-spending Liverpool and Manchester United.....and title-holders, Manchester City, and Jose’s Chelsea, and Arsenal, with the longest-serving Arsene again on the line.

The upcoming Premier League’s early-season focus won’t be on the big four, but instead on a team representing a club that over the past few weeks has been selling the family jewels with, many of its supporters are saying, indecent haste.

While the ‘Pool and Man City, and at times, Chelsea and Arsenal, scrapped for the top spot last season, and David Moyes struggled to find a way out from under his predecessor’s giant shadow, Southampton tipped along nicely, picking up three points here and a few more there. There were 15 wins and 11 draws, the competition ending with the team from the south coast in eighth place, next to Man U.

Mauricio Pochettino proved himself as astute manager, carefully nurturing the talented Luke Shaw and Adam Lallana, both of whom did enough to earn a place on the PFA Team of the Year alongside the likes of Suarez, Gerrard, Kompany, Cech and Donegal’s own, Seamus Coleman. Goalie, Artur Boruc, kept 14 clean sheets.

Pochettino has since moved to Tottenham, and is keen to take with him another couple of players who benefited from his tutelage at St Mary’s, Jay Rodriguez and Morgan Schneiderlin. If he succeeds, the Southampton ranks will be stripped of practically all of the 2013/2014 season’s stars. Long gone are the already-mentioned Shaw and Lallana, along with Rickie Lambert, Dejan Lovren and one of tomorrow’s men, teenager Callum Chambers, who has signed for Arsenal.

Big, big money has changed hands, swelling Southampton coffers to the point of bursting. No doubt, some of this will go towards signings, new manager, Ronald Koeman, likely to look to the continent and maybe even further. But what are the consequences of an incredible clean-out likely to be?

The club’s executive director, Les Reed, is confident the club’s acclaimed Academy, from which Shaw, Chambers and Rodriguez emerged, will continue to provide ammunition, and that the youngsters, in the company of new recruits, will help the club “build a team capable of taking us further forward in the seasons ahead”.

What do the bookies think? On May 11, the final day of last season, the layers, impressed by that 8th-placed finish, made Southampton 40/1 to finish in the bottom three in the competition’s next renewal. That price is now just 11/2.

And staying with betting, Sam Allardyce, who continues to irritatingly murder chewing gum during a match, but despite that remains one of the most likeable of those along the line, is favourite to be the first Premier League manager to lose his post. One firm make the West Ham boss, who numbers Limerick among the many clubs he’s managed, a 6/4 chance, but he’s odds-on elsewhere.

Finally: As feared might happen, new Man U boss, Louis van Gaal, is not keen to retain Marouane Fellaini. The big Belgian, who won his way into Inside Track’s heart with some decent performances in the World Cup having had his every ponderous move highlighted during the domestic season, is being linked with Italian club, Rafael Benitez’s Napoli.

The £35 million Man U paid for him was, at the time, the fourth-highest fee ever negotiated by the Old Trafford club.