A piece of copy that stirred Gavin’s memory 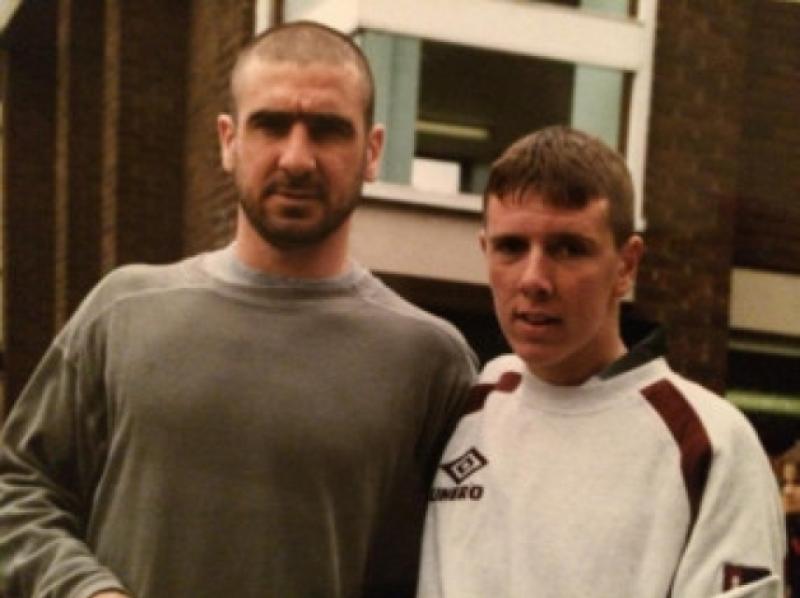 Last week’s piece in Curiosity Corner on Manchester United caught Gavin McLaughlin’s eye. It would be a surprise if it didn’t. Gavin, after all, is this paper’s Sports Editor, and part of his brief is to check copy and make up pages, this one among them.

Last week’s piece in Curiosity Corner on Manchester United caught Gavin McLaughlin’s eye. It would be a surprise if it didn’t. Gavin, after all, is this paper’s Sports Editor, and part of his brief is to check copy and make up pages, this one among them.

Anyway, the story which told of Manchester United losing two games in-a-row at the height of the 1996/’97 season brought back a few memories to him. The Reds first of all went down heavily to Newcastle and then lost 6-3 in an away game against Southampton a week later. But Alex Ferguson was still able to steer his side away from these choppy waters and win the title.

Gavin, a big Man U fan, often taking in trips to Old Trafford and even United’s old training ground at The Cliff, recalls: “Those two defeats (especially the 5-0 to Newcastle) were pretty sore ones. Roy Keane – by his usual standards – was unlucky to be sent off in the Southampton game, but Cantona should have been jailed for an assault on a Saints defender, if I recall it correctly.

“In relation to Eric’s retirement, I was in Manchester for the final game of that season. We went to The Cliff to watch United train on the Friday, and I was lucky enough to meet and get a photo taken with the big man. He was a gentleman and even smiled when I reminded him of the penalty he missed at Oriel Park three years earlier.

“In contrast, Peter Schmeichel was the rudest so-and-so you could come across. He left the training ground by the back exit, and apparently that was the norm. He was a great goalkeeper, but had the arrogance level to match his talent.”

It would have to be said Gavin is not your run-of-the-mill supporter, in that he’s not slow to criticise his own, as it were, if he feels criticism is warranted. I often hear heated arguments in Barry The Bookie’s, guys taking a most blinkered view over what happened in the game the night before. What really gets to me is them referring to the team they follow as ‘we’.

Back to Gavin. He’s not the greatest of Wayne Rooney’s fans, but acknowledges the England international will probably end his career as United’s highest goalscorer. David Moyes, he contends, will weather the storm and be in charge again next season, although he is adamant the Scot should never have been appointed - especially by his predecessor Ferguson - in the first place.