Roar of the crowd and sound of hoofbeats a strange mix 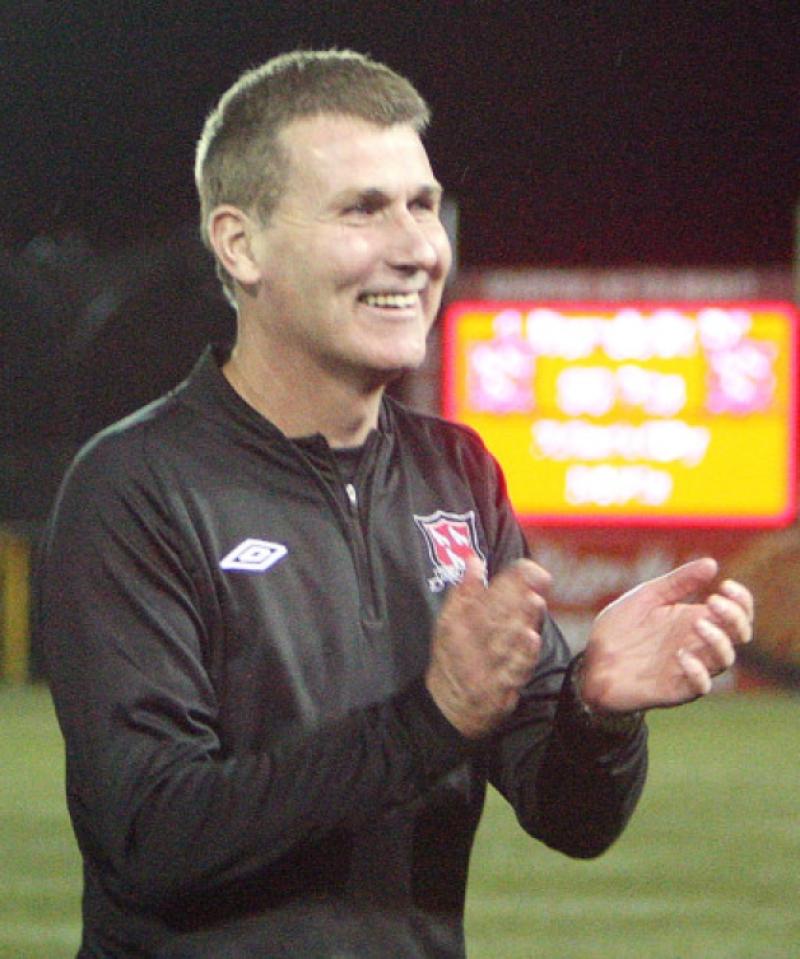 My travels took me past Oriel Park last Friday night. The game I had planned to watch – O’Mahonys against St Bride’s at Clan na Gael Park – was called off, so, to kill time before making it out to the dogs I headed up to one of the offspring’s place in Lis na Dara.

My travels took me past Oriel Park last Friday night. The game I had planned to watch – O’Mahonys against St Bride’s at Clan na Gael Park – was called off, so, to kill time before making it out to the dogs I headed up to one of the offspring’s place in Lis na Dara.

The crowd’s roar as I passed Oriel suggested Dundalk had scored, and so they had, commentator, Colm Corrigan, who always keeps us informed of events elsewhere, telling us later on at the track it was Andy Boyle who had hit the target.

The roar was a reminder of times past when Oriel provided most of my Sunday afternoon entertainment over the winter months. What was different, however, was the sight of the mounted police – three of them – and many more of their colleagues on foot patrolling parts of the Carrick Road.

That’s now commonplace, I’m told, whenever some of the Dublin teams hit town. The travelling parties do have, of course, genuine supporters in their ranks; but there are yobs who can be troublesome and need careful watching.

Pitch the rabble among the thousands who go to watch the Dublin team in a Championship match and they’d be told where to get off. Croke Park’s Hill 16 is passionate and partisan whenever the blues are playing, but is not a no-go area if you’re an opposing supporter. However, regardless of what colour you’re wearing, it wouldn’t be a good idea to lob a piece of foreign material onto the field, or engage in any other act of stupidity.

I didn’t need Jim McCourt to tell me of recent Oriel shenanigans in his most recent correspondence. The papers, local and national, have been full of it, telling us of the €18,000 fine imposed on Dundalk over the flying of a Palestine flag during the Europa League tie with Hajduk Split.

Jim has a word for the so-called supporters who were responsible: idiots. “These same people had already cost the club €4,000 this season for letting off flares at home and away games. I doubt very much if any one of them was in The Shed a couple of seasons ago when the club almost folded,” he writes.

Pity these things should happen. The season so far has been one of outstanding success for Dundalk; and in the light of Friday night’s results, it would seem that only a catastrophe is going to prevent the league title from making its way to Oriel.

As ever, Jim McCourt remains cautious, but a little less cautious than usual. “The show’s not over until the fat lady sings – but she could be standing in the wings, clearing her throat.”