Drama makes its way from Cheltenham to Paris 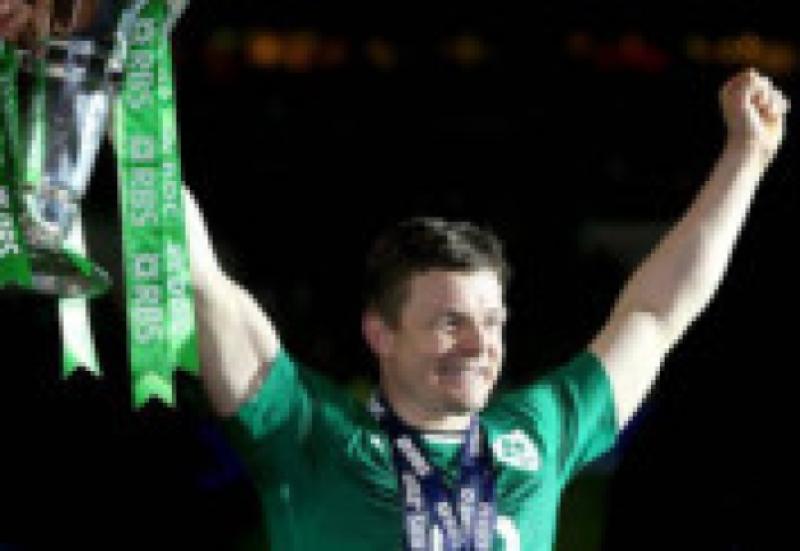 Just when we thought Cheltenham had taken charge of the week’s drama, along comes Stade de France. From galloping horses, stricken jockeys and photo-finishes, controversial results and big winners, the scene switched to Paris for a game of rugby that would determine the Six-Nations title.

Just when we thought Cheltenham had taken charge of the week’s drama, along comes Stade de France. From galloping horses, stricken jockeys and photo-finishes, controversial results and big winners, the scene switched to Paris for a game of rugby that would determine the Six-Nations title.

Earlier, England had beaten Italy, but not by enough to deprive Ireland of the spoils, if Joe Schmidt’s side beat France. That, as they say, was a big if. There hadn’t been an Irish win on this hallowed turf since 2000, and that was the only one in 42 years.

Gripping stuff as arguably the greatest Irish player of all time weaved the most beautiful of patterns and his colleagues met fire with fire in the most ferocious of battles. Sexton scored tries but wasn’t at his best with placed-kicks. Bring back O’Gara, someone said, not knowing that ROG is Jonathan’s kicking coach at the Racing Club in France.

And the Kearneys? Two brothers winning one of the game’s biggest prizes? It mightn’t be unique, but it’s an achievement all of us in this county should celebrate. You read it here a few weeks ago: R Kearney for captain, the one to take over when the man mountain quits.

The lead switched from one side to the other over the 80 minutes, and with the game in its final stages, two points divided them, Ireland showing in front.

France crossed the line, but as happened at Cheltenham, the Stewards were called to decide if everything was above board.

Whereas On His Own, second to Lord Windermere in the biggest of the horse meeting’s 27 races, was the victim of a bad decision, France could have no complaints when a pass leading to the try was deemed to have gone forward. Well, actually they had complaints, supporters roundly booing when the decision was announced, but on mature reflection they’ll see it differently.

A championship win provided the perfect last paragraph to the story of the remarkable Brian O’Driscoll. He was the victim of a potentially career-ending spear tackle a number of seasons back, and last year got a real kick up the transom from Warren Gatland. But he’s had more highs than valley periods in a remarkable career, and, okay, so the media might have gone overboard with the eulogies, it was right that the man known as Drico wasn’t allowed let slip away as quietly as one of his great contemporaries, the already-mentioned O’Gara.

There’d have been money to collect here after Paris had Bobs Worth done the business the day before. The most talked-about double since Dublin added the 2013 All-Ireland to the National League won earlier in the year had Ireland (6/1 before racing, so to speak) linked with the Henderson horse; but hard as Barry Geraghty tried, he couldn’t get Bob (2/1) any closer than fifth.

Ah, well, it wasn’t the first time a docket turned to dust and certainly won’t be the last.