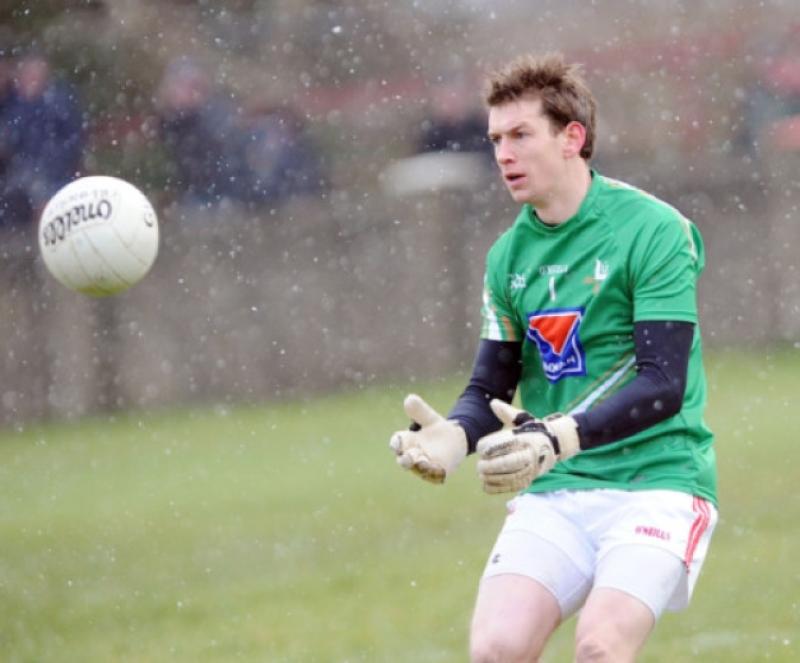 Neil Gallagher, I’m sure, could do a ‘Stephen Cluxton’ for Louth seniors. (I could have added a ‘Niall Morgan’, but having starred in the National League final, the Tyrone goalie had a bit of a downer in last Sunday week’s Ulster Championship tie at Ballybofey, and has still some way to go before finding the consistency of his Dublin counterpart.)

Neil Gallagher, I’m sure, could do a ‘Stephen Cluxton’ for Louth seniors. (I could have added a ‘Niall Morgan’, but having starred in the National League final, the Tyrone goalie had a bit of a downer in last Sunday week’s Ulster Championship tie at Ballybofey, and has still some way to go before finding the consistency of his Dublin counterpart.)

What am I talking about? That’s a question that’s asked quite often each week after this paper goes on sale, but that’s by the by.

In focus are goalkeepers in the role of place-kickers, guys who get one of the backs to mind the shop while they sally forth to try their luck with a free or a 45. Cluxton has long mastered the art, and of all the points he’s scored, none was more precious than the one he claimed on All-Ireland final day, two years ago.

Morgan converted five times at Croke Park in late April of this year, a feat which had this column rushing to judgement. “He (Cluxton) is still good at it, but there is another (Morgan) who is equally as good, if not better.” See what I mean?

But back to Neil Gallagher. The big Carlingford man plays in goals for Louth in next Sunday’s Leinster Championship quarter-final, and but for the inclusion on the team of his Cooley Kickhams colleague, Brian White, could well be assigned to the long-distance frees, because, as he showed when playing outfield for his club, he can ‘tan her’, as some say around these parts. And with some accuracy.

Though not asked to leave his goals for last Sunday week’s match in Portlaoise – or even make a worthwhile save - Gallagher must still have been reading from the Cluxton manual. If you see the Dublin goalie misdirect a kick-out you’re looking at a rarity; invariably, the Parnells clubman finds a colleague.

And so it was with Gallagher, his astutely-placed kicks contributing handsomely to the rout of Laois. He knew what he was at, as, indeed, did the receivers, midfielders Paddy Keenan and Brian Donnelly and anyone else posted in the middle third of the pitch.

The Louth players knew exactly what was expected from them at O’Moore Park, and aside from being well schooled, were finely tuned. The pitch was perfect to requirements, its open spaces allowing Aidan O’Rourke’s students express themselves in a manner that must have pleased the manager.

With Louth, I presume, having a choice in the matter, I thought consideration would have been given to playing Sunday’s quarter-final with Wexford at a venue similar to O’Moore Park - Navan’s Pairc Tailteann, perhaps, or even Dowdallshill’s St Brigid’s Park, which is wide and open and which on Wednesday evening last looked better than ever for its housing of Louth juniors’ meeting with Cavan. But seemingly not. Drogheda’s Gaelic Grounds was immediately nominated, and judged on comments he made in the wake of the Laois victory, Aidan O’Rourke was happy enough to go there.

My argument is not based on the ridiculously small maximum number of people that’s allowed to watch a match at the Gaelic Grounds – wait and see, there’ll be lots of unpopulated areas on the main bank next Sunday, just as there was for Louth’s meeting with Tyrone in the All-Ireland qualifiers a few years ago. What I want to see is Louth taking whatever advantage is going. Pairc Tailteann would be ideal for the football this side is playing, and would be less familiar to Wexford than the Gaelic Grounds.

Louth will probably go off favourites on Sunday; but if there’s anyone who believes this will lead to complacency, they don’t know the way in Aidan O’Rourke goes about his work. He’ll be telling his team that what happened in Portlaoise stays in Portlaoise. This is a new game, one which the home team can’t take for granted.