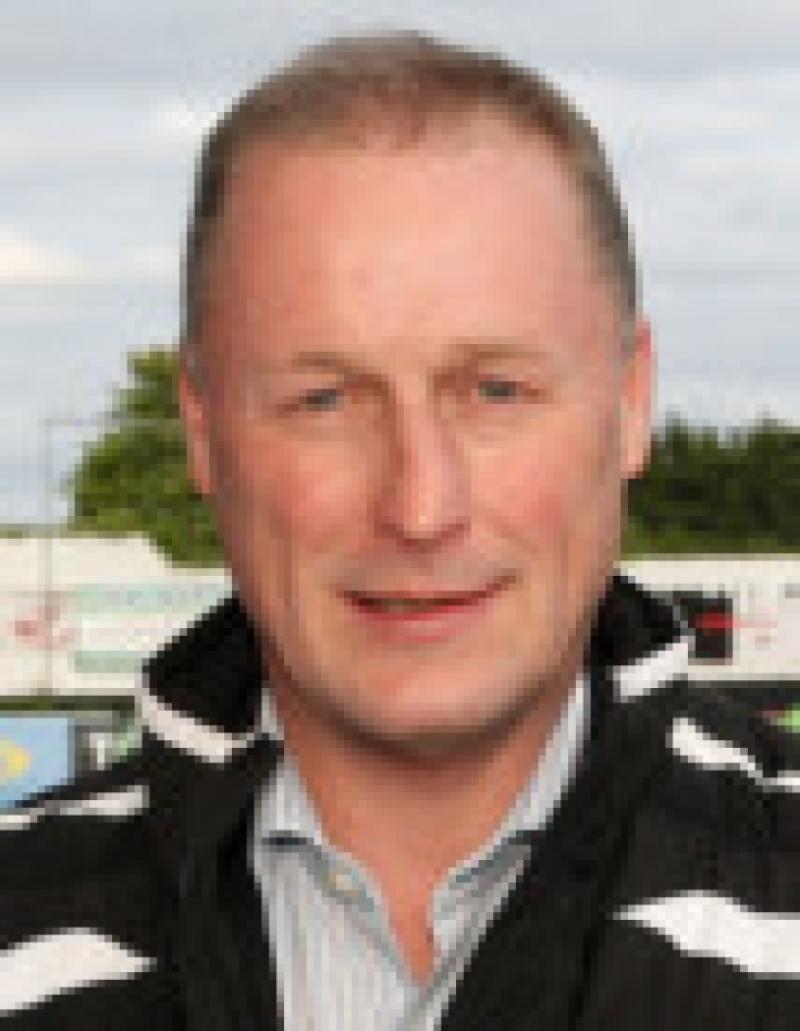 What a first year CIARAN BOND has had as chairman of Dundalk FC. It ran parallel with manager, Stephen Kenny’s first year and ended with the team finishing second in the League and qualifying for Europe.

What a first year CIARAN BOND has had as chairman of Dundalk FC. It ran parallel with manager, Stephen Kenny’s first year and ended with the team finishing second in the League and qualifying for Europe.

You can only be pleased with the ways things have gone?

Most definitely. Bottom of the table last season to second from the top is quite a turnaround.

Aside from the results and finishing positions in League and Cup, what gave you most satisfaction?

The return of the community’s sense of pride in and belonging to the club. If the buzz around town in the closing weeks of the season could have been bottled, its sales would put an end to the recession.

Without their takeover late last year we would be playing in the graveyard of the First Division. Now we are going on our Europa League holidays! Unreal stuff, but a fantastic compliment to the boys and all others involved.

And the public’s response?

As I said earlier, what a buzz locally. The townspeople really got behind the club this year and the Oriel roar was reinvented. Attendances were terrific, and the craic on match nights was back.

Has the 500 Club been well supported?

To a degree. There is still a long way to go to be where we need to be in terms of matching our rivals. We are still some way off fully commercialising both the goodwill towards the club and our supporter base.

How did you become involved?

I started going to Oriel on the bar of my father’s bike in the early 70s. I then ran buses to away games in the 80s and 90s. After that I joined the youth set-up as manager, before becoming chairman in 2012. I certainly served my apprenticeship.

Some first year for Stephen Kenny?

We’re delighted for him. He suffered a big knock-back at Shamrock Rovers, but was then brave enough to come on board with us – and what a response!

What do you see as his greatest asset?

Aside from his knowledge of the game, I think his approachable nature puts him in the Jim McLaughlin category. He always takes time to talk to supporters be it up the town or on match night. He has a great rapport with them.

He knows a good buy when he sees one?

He has proven himself at the different clubs he has managed, but more so here. Richie Towell, Dane Massey, Pat Hoban and Andy Boyle are perfect examples

We meet up at least once a week, but are constantly on the phone or texting.

Plans for next year?

I would be delighted to repeat this season’s performance off and on the field. The new jersey is flying off the shelves, which is encouraging. A trip to the Aviva to make up for this year’s heartache would please me most.

Will the squad be strengthened?

We are further ahead than most clubs in building the squad for next season. Stephen is working away in background, looking to get new lads in soon.

You were a bit of a sportsman yourself?

I tried everything in my early teens, hurling, Gaelic and soccer, rugby and even ran for Louth in the Community Games. Though I loved hurling and Gaelic, especially in my Cumann Peile na nOg days, soccer became my passion.

Any rewards for your efforts?

Believe it or not, I won the Cumann Peile na nOg U15 Player of the Year when playing with Redeemer. I also won the Louth 200 metre race, as well as countless soccer trophies with Rangers and Muirhevnamor. I should also mention that I played with the beaten Clan na Gael side in a famous Louth Minor Championship final with St Mary’s.

And you tried your hand at coaching?

I gave up GAA after being involved in a fierce junior match but my soccer career was curtailed by a series of failed knee operations, so I then went into coaching and management at a young age. While it was never as good as playing, I enjoyed my spells with Muirhevnamor and Dundalk Youths and U20s.

Put any good ‘uns through their paces?

We had an excellent crop at Oriel. We lost two Cup semi-finals and then a DDSL league on the last day of my first season in charge, but won the league the following year. Marc Griffin and Johnny Breen played up front, and Nathan Murphy was at the back. Cathal Bellew and John Smyth were two lads who you’d take into the trenches, and Conor McCormack was brilliant at the Milk Cup.

I’m a Man U fan through and through. I’ve been fortunate to see them play in three Champions League finals, in Moscow, Rome and Wembley. One win out of three ain’t bad, I suppose.

You’ve £10 million to spend - what player would you take to Oriel?

None! Instead, I would make the ground a 10,000 all seater, give out free tickets for every match and develop a top-class youth academy, so that maybe one day Dundalk would have 11 Stephen Stauntons.

Live: Cantona, Keane, Larsson and our own Barry Kehoe. On TV: Maradona and Messi.

Would any of those be among your four guests for dinner

Definitely Cantona, but I’m not so sure about Keano. I’d also take my daughters, Amy and Ciara, along with Miley Cyrus. Now that would be some crew, and the entertainment would be great.

Any interest in other sports?

I enjoy watching hurling on TV. This year’s series was the best I’ve ever seen.

The TV show you never want to miss?

I don’t watch too much telly. When I do, I like documentaries or films with a factual historical background.

“Don’t try to defend the indefensible”