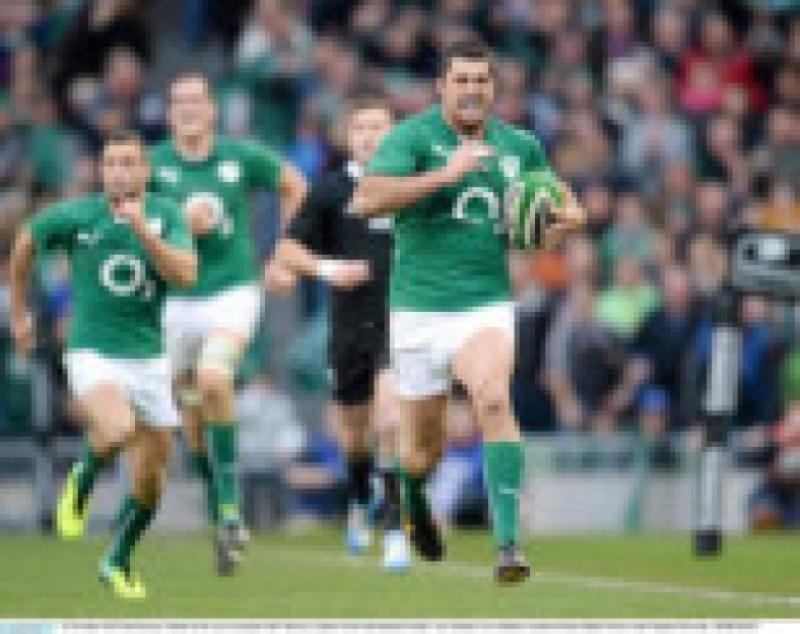 This was 1958 all over again, except that the venue was different, as was the game.

This was 1958 all over again, except that the venue was different, as was the game.

The tale’s been often told here, how, 55-years ago, the Republic of Ireland soccer team, needing a win to stay in contention for a first-ever place in the World Cup Finals, were heroically defending a 1-0 lead in their qualifier with England, when, completely against the run of play, Johnny Atyeo rose above the rest to head a Tom Finney centre to the net.

The famous Dalymount Roar had been heard at its loudest after Alf Ringstead put the home team in front in the first-half, but now there was silence.

How familiar was that to what happened at the Aviva on Sunday, Ireland’s rugby side on the cusp of a famous victory over the All-Blacks, only to have it snatched from them in time added on? The most modern of the country’s many fine stadiums had rocked for most of the 80 minutes like never before as Ireland first of all opened a big gap and then gallantly tried to defend it. The two points that divided the sides came from a twice-taken conversion.

You didn’t have to be there to absorb the atmosphere of a heart-stopping match, nor to appreciate the magnificence of Robert Kearney’s first-half try. Television did the job perfectly.

This is one that will be played over and over again, worthy of mention along with Gareth Edwards’ for the Barbarians against the 1973 All-Blacks, Sid Going, Grant Batty, Joe Karam, Ian Kirkpatrick and the rest, at Cardiff Arms Park.

Maybe it’s worth recalling another famous try, if only to add further lustre to Kearney’s corker. It’s not often seen, simply because it was scored at a time when sports grounds hadn’t got cameras in every nook and cranny, maybe only one perched high in the grandstand. The year was 1936, and playing for his adopted England – with, who else?, but the All-Blacks in opposition - Russian-born Prince, Alexander Obolensky, weaved his way past several players before touching down.

It was said to be the greatest ever try, but then came Edwards’. Kearney’s might not be garlanded in such fashion, but it still stands as a memorable score in a memorable match.

Kearney has other reasons to store this game prominently in his memory bank. Not only was he superb in all aspects of play, turning in one of his best games in the green jersey, he took to the field along with his brother, Dave, the peninsula pair becoming the fourth set of siblings to play for Ireland in the professional era. The whole Kearney family can be immensely proud of this wonderful achievement.

Just when it seemed watching Ireland play in the Six-Nations might become a bit of a chore, this performance puts a better perspective on things. There’s now a bigger Cooley influence than ever, and on cue, Carlingford’s John McKevitt gives his thoughts on the game on the left side of this page.