Tommy played on when many of his
contemporaries had cried enough 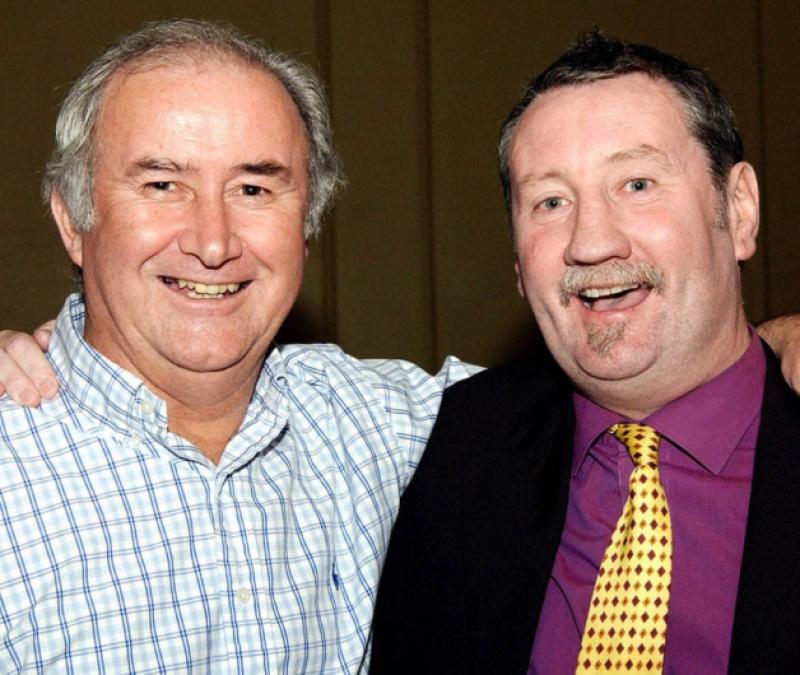 As Tommy McConville’s soccer career grew longer and longer, this remarkable sportsman’s zest for the game showing no sign of diminishing, the question was frequently asked: “Well, what’s his exact age.”

As Tommy McConville’s soccer career grew longer and longer, this remarkable sportsman’s zest for the game showing no sign of diminishing, the question was frequently asked: “Well, what’s his exact age.”

I could tell, almost to the month, because when we were both at school we often faced each other in underage matches, Tommy playing for De La Salle, me for CBS. One of the games, I remember, took place in Dundalk’s Athletic Grounds, a venue for many sports before it closed in the late 1950s, but always regarded as Louth GAA’s spiritual home. We were both pitched around the middle of the field.

We probably clashed later on when wearing different GAA jerseys, Clan na Gael’s and in my case, Gaels’. By then, however, Tommy was beginning to concentrate on soccer, and before again donning the Castletown club’s green-and-gold, he would distinguish himself on soccer pitches throughout the world, playing with and against the game’s very best.

It pleased me when, in August of last year, Tommy agreed to feature in the article which appears each week to the left of this page. It received favourable response, and Sports Editor, Gavin McLaughlin, has chosen to reproduce it in this edition. It’s a short story, but still conveys, in his own words, the ups and downs of a magnificent career that was still running long after Tommy had celebrated his 40th birthday.

I never saw Tommy play at Oriel, or any other soccer ground for that matter, but still followed his career with interest. He was central to the European games that brought excitement to the town experienced by more than just those who cramme populated Oriel.

However, when he returned to the GAA fold, in 1985, I was there to record most of the the matches in which he played. That year, Clan na Gael, under Leslie Toal’s astute leadership, won the championship, with Tommy in the starting line-up in each game, except the final. He was again involved, this time as a coach, when Clans won the title in 1993.

The esteem in which Tommy McConville was held right across the sporting spectrum was reflected by the attendance of representatives of many organisations at his Requiem Mass in the Church of the Redeemer and funeral to Kilcurry cemetery.