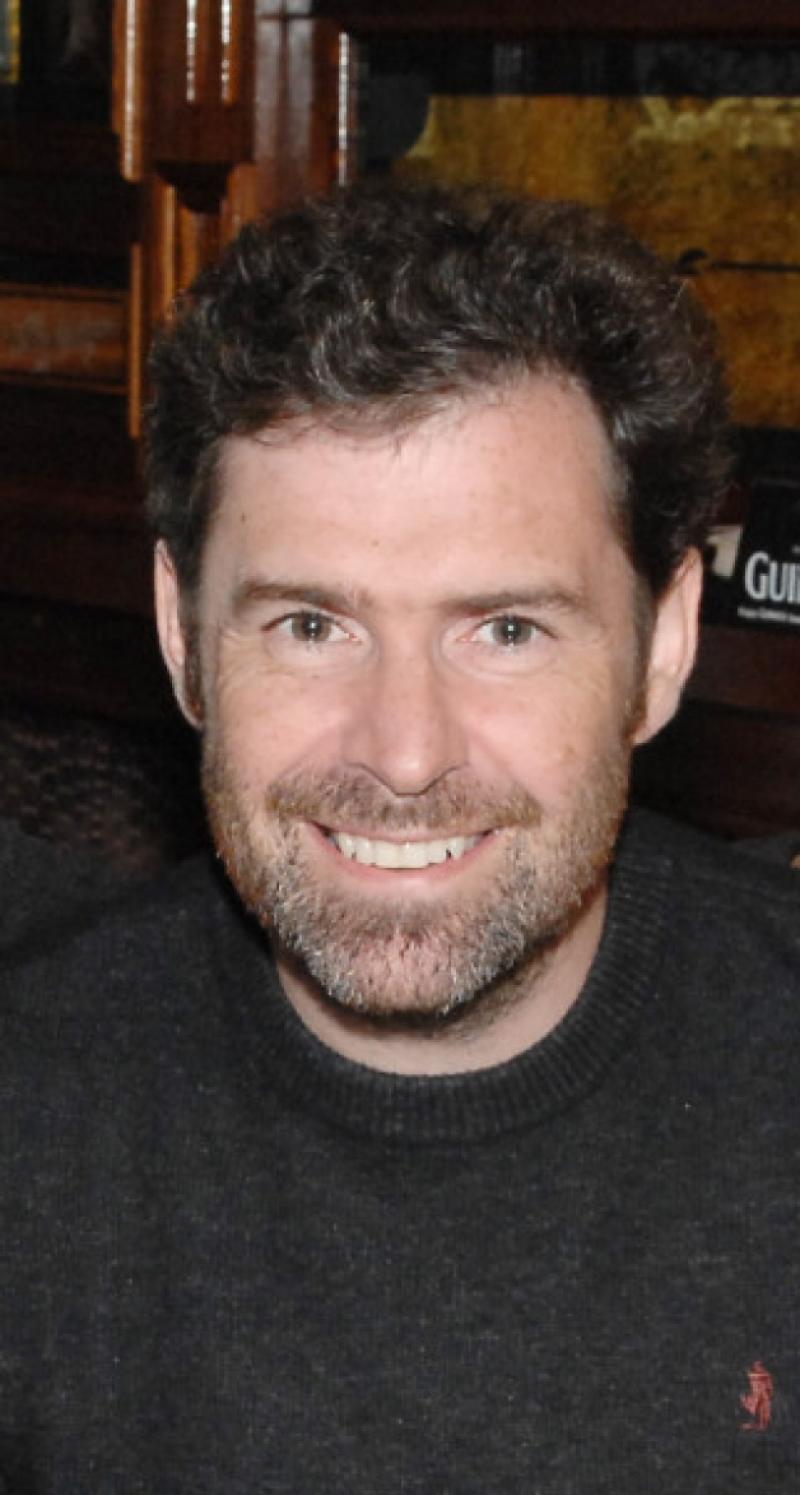 Dundalk-born DAVID FARRELLY is UEFA’s Head of Communications, based in the Swiss town of Nyon. The Association’s President is Michel Platini, the former French forward, and the two are in daily contact, working from adjacent offices.

Dundalk-born DAVID FARRELLY is UEFA’s Head of Communications, based in the Swiss town of Nyon. The Association’s President is Michel Platini, the former French forward, and the two are in daily contact, working from adjacent offices.

Since last August. I’m with UEFA since 1997, and prior to becoming Head of Communications I had a range of roles.

Where are you based?

The UEFA headquarters are in Nyon, a town in Switzerland which is about the size of Dundalk. It’s a satellite of the nearby Geneva.

What does your job entail?

There are three elements to it, media relations, stakeholder relations and digital. Our department issue all messages, as well a writing speeches for the president and general secretary. We also have charge of writing editorials for programmes.

You mentioned the president there – that’s Michel Platini, the great French forward of a few years back. Do you ever come across him?

Every day. Our offices adjoin each other. My dealings, however, would be more with his advisor, and also with the general secretary.

Go on, tell us, did Platini have anything to say at the time of the Thierry Henry handball?

He may have, but I didn’t ask him.

How many work at the headquarters?

Anyone else with local connections working there?

One of my colleagues is fellow Dundalk man, Jim Agnew. There are others there from Drogheda, Ballybay and Limerick.

Yourself and Jim are are only following in the footsteps of another Dundalk man?

You’re talking about Des Casey. Des was UEFA vice-president for a long number of years, and sat on the executive committee from the late 1980s up to the beginning of the present century. I know from speaking to people he was extremely well regarded.

Do you get tickets for all the big matches?

I’ve been to Champions League and UEFA Cup finals. The annual congress, which attracts delegates from each of the association’s 54 member countries, is held around the time of the Champions League final, and there’s a lot of work involved in that. I remember passing up the opportunity to go to a European Championships final as a spectator. But there was no way I would have missed seeing Dundalk play in three games in eight days soon afterwards. It’s different when you have a vested interest in the result.

So you retain an affinity with the team you once followed?

Yes, to the point where I continue to work on the club programme. The material is sent to me by Colm Murphy and Sean de Loughry and I do the layout.

How do you get Dundalk’s results?

As they happen. I’m able to link in with John Murphy on Dundalk FM, and there’s also online coverage on the internet.

When did your involvement with Oriel begin?

As soon as myself and my brother, Alan, were old enough to go there with my father, Patsy. We always lived close by, in Pearse Park and then Willow Grove. I was a ball-boy for a time, usually taking up my position behind the town goals. But I remember asking to be switched to the dug-out side on the night Dundalk played Ajax in the European Cup. That put me close to Johann Cruyff and Arnold Muhren, and I was able to get their autographs.

Future of League of Ireland football?

It’s imperative there’s always ‘live’ football. Televised football is a huge attraction, but if youngsters are to play the game there has to be something there for them to see and aspire to. The League is not being marketed well, and there should be more coaching for youngsters.

Did you play football yourself?

Underage with St Dominic’s. I couldn’t run, but could pass and tell the referee what to do. I probably broke Noel Woods and the other coaches’ hearts.

But you had ambitions?

Yes, to be as good as Mick Fairclough and Martin Lawlor, my all-time Dundalk favourites.

And on the world stage?

Without question, Zinedine Zidane. I’ll always remember his performance in France’s defeat of Spain in the 2000 European final.

Have you been to a World Cup final?

The 1998 game in Paris, with by father and brother. France beat Brazil 3-0 with Zidane scoring twice. I still think his 2000 performance was better.

Do you belong to the ABU brigade?

No, but I don’t follow United, or God’s Chosen People as they’re known at Ipswich, who are my team, and have been since the 1980s when John Wark and Alan Brazil were tops.

The team most likely to take the Champions League title back to England?

The three main teams have each got a new manager, so it’s not going to be easy for them. Mourinho is the more experienced, however, and he’s got form; I would say Chelsea.

Who wins next year’s World Cup?

Spain. I know they were beaten in the Confederation Cup, and their two main teams have lost their place in Europe. But I still think they can do it.

Paul McGrath. He was world class in America in 1994.

I once was a Formula One addict, and still take a passive interest.

Can’t sing. Can’t spin a yarn. But I usually find a stand-in.

But you have a favourite song?

I Remember, by Ultra Vox.

The Insider, with Russell Crowe.

Patrick Pearse and two others from his era, Kevin O’Higgins and Arthur Griffith. And if I could invite two others, it would be two Hungarians, Imre Nagy, Prime Minister at the time of the 1956 Uprising, and Ferenc Puskas, a wonderful footballer from another era.

A rising tide lifts all boats. JFK and Sean Lemass. Also: Wait until your father gets home from the brewery (Macardles). My mother.

Fill out the ten choices on the CAO/CAS form. Our St Mary’s College teacher, Tony Butler, when we were making application to university. If it hadn’t been for him I’d have had another year going to St Mary’s Road.