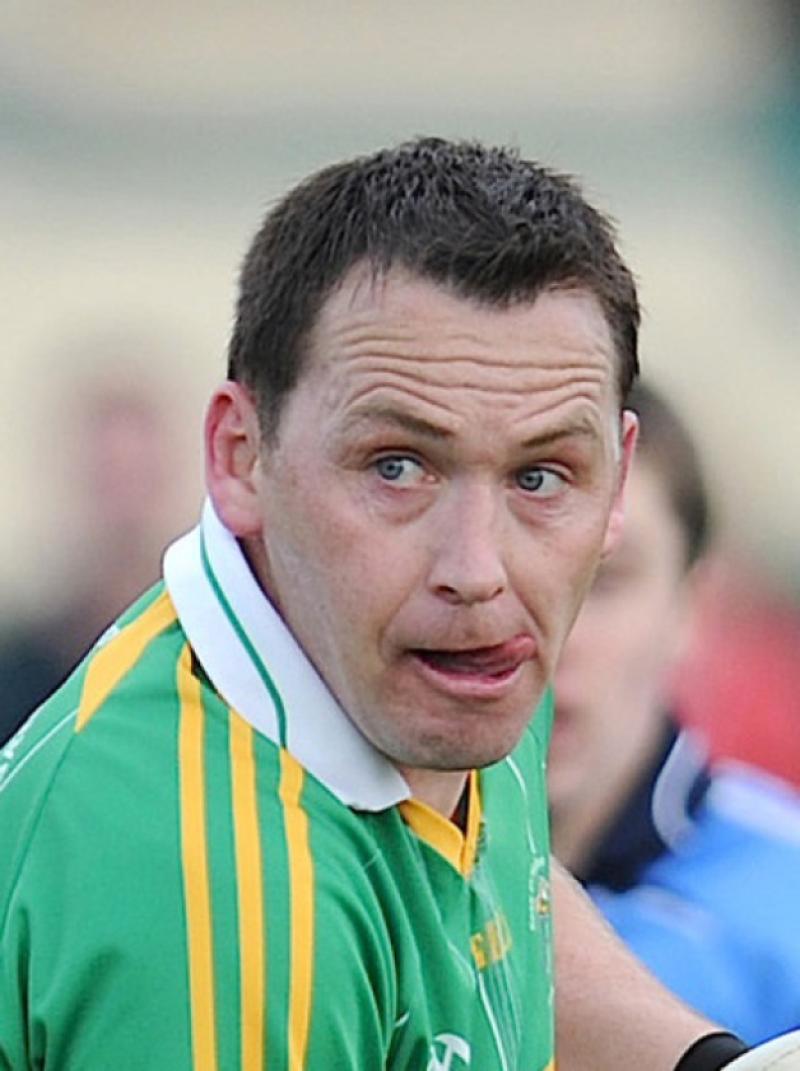 DAVID CRAWLEY is one of Dundalk’s most decorated soccer players. He won three Premier League medals with Shelbourne, and led Dundalk to an FAI Cup success, the only local to achieve this feat since Joey Donnelly, in 1942.

DAVID CRAWLEY is one of Dundalk’s most decorated soccer players. He won three Premier League medals with Shelbourne, and led Dundalk to an FAI Cup success, the only local to achieve this feat since Joey Donnelly, in 1942.

Soccer was your preferred game from early on? Yes, although I played as much Gaelic as soccer up to about 15. Sean O’Mahony’s were my GAA team and I played soccer with the other local team, Quay Celtic. I’ve never lost my interest in O’Mahony’s. I played with them in a championship final, and though I’m 36, I might still have a game or two with them.

Who were the main men in charge at Clancy Park?

Joe Watters and Joe Callan. Both gave a lot of their time to organising and training underage teams.

Mostly centre-half, or on the left side of defence. My left foot was always my strongest.

I began at an early age with Quay. I remember winning a Clancy Cup medal, which was nice given who the competition commemorated.

Had you visions of playing in England?

I suppose like all youngsters I had. My chance came when I was offered the chance to go to Manchester City. I was only 15, and spent a year there. I might have made it, but I got homesick, and that was that.

Who was manager at Maine Road?

Peter Reid, the former England International. There have been many higher profile managers there since.

Did any of your young colleagues go on to make it?

Michael Browne. He went on to play with Tottenham.

So, City are you Saturday team?

Not really. I look out for their results, okay, but I wouldn’t be an ardent fan. Maybe more of a Liverpool follower. I like Steven Gerrard’s style.

Where to when you came back home?

Oriel Park. I began with the Reserves, and then got a few games with the first team, making my debut against Shamrock Rovers at the RDS when I was just 16. I was on the squad that won the league in 1995, but because I only played in a few games, I didn’t get a medal.

It was different, however, six years later?

You’re talking about the First Division win. We’d been relegated, but got back to the Premier League with this win. I played in 32 of the campaign’s matches and scored four goals.

And better to come?

The FAI Cup win the following season was unbelievable. Martin Murray and Ollie Ralph were running the team and they made me captain. I wasn’t having such a great season, and the boys thought being captain was having an adverse effect. But after I’d a chat with them it got better. It was a huge privilege to lift the trophy that day in Dalymount.

Your memories of the final with Bohemians?

First was the huge Dundalk support, and then Gary Haylock’s two goals. We went 1-0 down early on and then hit back to win 2-1. The reception we got when we arrived back in town was tremendous, a huge crowd meeting us at Hill Street bridge.

You must have caught other team’s attention?

Shelbourne put in a bid for me. I thought it was the perfect opportunity. It gave me the chance to go full-time, and I’d always wanted to play in Europe.

Everything lived up to you expectations?

I was five years at Tolka Park and in that time we won the league three times and were runners-up twice.

He had a great brain, and was a great motivator. He wanted to win, and we wanted to do it for him.

How many games in Europe?

Twenty-five with Shels, all over the continent.

The game you best remember?

A Champions League campaign more than a game. We were beaten 3-2 away by Hadjuk Split in 2004, but won 2-0 at Tolka. We then qualified for a game with Deportivo La Coruna, who had reached the semi-final the year before. We drew with them away, but were beaten 3-0 at Lansdowne Road. There were 34,000 at the game, and there would have been more but for crowd restrictions. In all we played in eight games that year, and we got very close to making the knock-out stages.

The Shels player you wanted beside if things got tough?

Owen Heary. He was a right-back and had great drive. He has seven league medals, which must be a record, and at 36 is still playing.

And the best you played with at Tolka?

Wes Hoolahan. There were five internationals on the team, and he was the best. He has since gone on to prove himself beyond the League of Ireland.

Great. I was on decent money, and it only took me 40 minutes to get to training. There were 26 on the panel, and competition for places was fierce.

We can’t leave Shels without mention of Ollie Byrne.

The first thing that has to be said for him is that he lived for the club, and would do anything for it. Unfortunately, his management skills weren’t the best.

What led to your return to Oriel?

Shels went bust, and Dundalk was the obvious place to go. John Gill was manager, and during his time we won the First Division title.

How many years altogether with Dundalk.

Ten, and during that time I played between 350 and 400 games with the senior side.

Do you go up to Oriel nowadays?

Not as often as I should. But I stay in touch. Stephen Kenny is doing a great job.

The best you’ve played against?

Roy Keane, when he was playing for United. Shels played them in a friendly, and I had a jersey swop with Ruud Van Nistelrooy.

Were you ever red-carded?

Just one, a cruciate, and I’m still recovering from it. Funny, it happened when I was playing with O’Mahony’s. I hope I’m recovered well enough to play with them this season.

Golf. I played it regularly when I was with Shels. I like a bet on the horses.

To get involved in coaching, maybe starting with the Quay or O’Mahony’s.