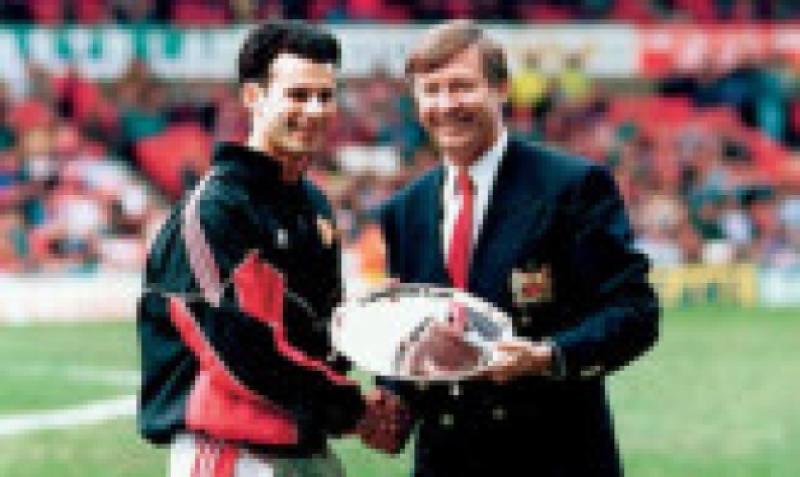 Is the Premier League the best in the world, as some commentators claim it to be? Yes, if it’s the quality of players involved, or the wages those players are paid, or the number of people it attracts to its games or on television. No, if you’re talking about its competitiveness.

Is the Premier League the best in the world, as some commentators claim it to be? Yes, if it’s the quality of players involved, or the wages those players are paid, or the number of people it attracts to its games or on television. No, if you’re talking about its competitiveness.

The 2012/13 renewal has still a few rounds to go, but already the winners are known. Fred Done, the bookmaker, won’t, after all, have to pay for his largesse. Fred invited those who had backed Man United to win the title to come and collect a number of weeks back, and unlike before won’t have to pay on the double.

The Reds could be called the winners a long time before having their name inscribed on the trophy the weekend before last. Their win is their 13th since England’s premier competition had a name-change back in the early ‘nineties. They won seven of the first nine runnings, and were second on the two other occasions. Only four other clubs have shared the other eight wins, two of them scoring on just one occasion.

Only slightly less predictable than Man U or one or two other teams taking the title is the composition of the top four.

Meanwhile, at the other end, teams have been going up and down like yo-yos, dipping their toes in the warmest of waters before returning from whence they came, usually after just one season. The betting at the beginning of the season has the newly-promoted sides at astronomical odds to take the title, but odds-on to be relegated.

The bookies usually don’t get it wrong; if Fred did a couple of times in the past it hasn’t stopped him from becoming very, very wealthy. Recently-published lists show himself and his brother, Peter, to be worth £850 million between them.

It’s not Man U’s fault the others can’t get a look in. Well, actually it is. If their manager wasn’t as good as he’s proved himself to be over the years at making the right signings, if their coaching staff, who have the Dundalk-based STATSports on call, weren’t the best in the game, and, yes, if the club’s owners, not the most popular of people with the fans – though those yellow-and green colours aren’t too prominent nowadays - weren’t readily making dough available for bringing in the likes of Van Persie, there might be a better spread of winners.

Alex Ferguson is never likely to be as much-loved by outsiders as Matt Busby was – he probably wouldn’t want to be. But even his severest critics would have to give him recognition for not only all that he’s achieved at Old Trafford, but also his enthusiasm for the job. Quite often riding roughshod in his pursuit of getting his own way, he has hired and fired, often-times getting rid of huge fan-pleasers who had still to reach their sell-by date - and when it seemed he’d had enough of the hot seat, he’d go on for another season, and another after that. Don’t bet against him being on the line again next season, or, indeed, winning the Manager of the Year award.

Not among those who’ve been shown the door is Ryan Giggs. It seems such a long time ago that this Welsh Wizard went on that solo run against Arsenal, weaving a beautiful pattern before sticking the ball past David Seaman. But he’s won several of his 13 league titles since then, making as big a contribution to his latest than any of the others. Nearing 40, he is a phenomenon. And so, too, it Fergie.