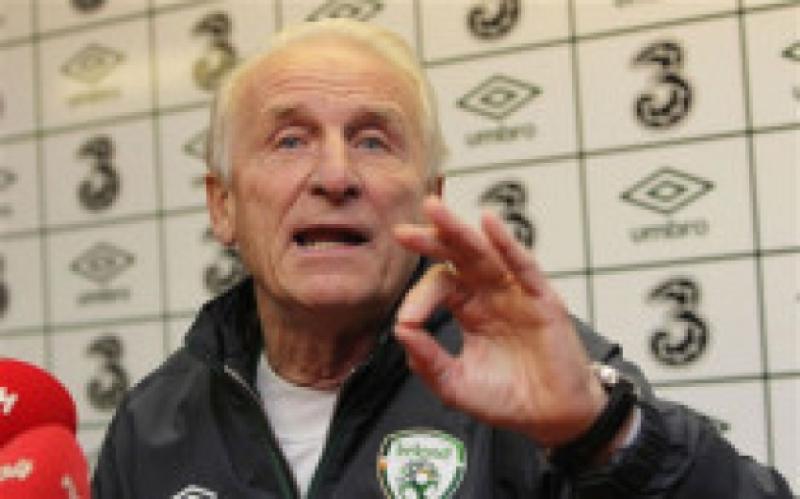 For Dalymount Park read the Aviva and for Atyeo read Alaba.

For Dalymount Park read the Aviva and for Atyeo read Alaba.

Those whose memory stretches back to 1957 would have had it jogged last Tuesday night. The injury-time goal Austria scored to deny Giovanni Trapattoni’s Republic of Ireland side full points in a crucial World Cup qualifier was a reminder of what happened at the then-home of Irish soccer 56 years ago.

Seeking a win that would not only keep World Cup hopes alive, but also eradicate the memory of a walloping England had inflicted at Wembley in the first leg, Ireland were grimly defending the goal lead Alf Ringstead had poached in the opening half.

Time was nearly up when Tom Finney, one of the greats of English football, took the ball down the wing before dispatching it towards inside-forward Johnny Atyeo. The cross was inch-perfect as was the Bristol City forward’s header past Alan Kelly. Dalymount was crammed, but unlike last week when Austrian cheers rang out, greeting Alaba’s deflected strike, an eerie silence fell over Dalyer.

Reflecting on the goal a few days later, a neighbour, Dublin-born and with a deep Inchicore accent, made the point: “He (Finney) wouldn’t have got past Mick Burke” - Burke being a teak-tough Shamrock Rovers defender who was known to make life very difficult for League of Ireland wingers. Sturdy as he was in a Rovers defence that included Ronnie Nolan, Liam Hennessy and Paddy Coad, to name just three, Mick never quite made it on to the international side.

Atyeo’s goal ended hopes of Ireland making it to Sweden for the 1958 World Cup finals, but there’s still a chance of Trap’s side getting to Rio next year. There are five games remaining, all of them taking place this year, and assuming the home jousts with Faroe Islands and Kazakhstan yield wins and the trip to Germany doesn’t, the returns with Sweden (home) and Austria (away) will have a huge significance attached to them.

Since he doesn’t speak English too well, Trapattoni is unlikely to read too many Irish newspapers, nor would he fully understand a lot of what the pundits have to say, if he listens to them. Just as well. He’s been getting it left, right and centre since last week, and you can only imagine how much worse it would have been had Alaba’s goal been a winner.

Another question: What would the reaction have been had Ireland hung on for a win? More favourable to Trap, no doubt.

To this observer, the whole thing is away over the top, criticising solely for the sake of raising a few hackles. There’s talk of this player and that being a journeyman. The truth is Trapattoni is working with a whole bunch of journeymen. There is no class there, no player of the calibre of Paul McGrath, yes, Roy Keane, Ray Houghton, Ronnie Whelan, Robbie Keane, when he was at his very best. And Richard Dunne is injured.

Trapattoni is getting the near maximum from what’s at his disposal, and should he guide his charges to the finals it will be a minor miracle.