Derry have had the kibosh on Louth 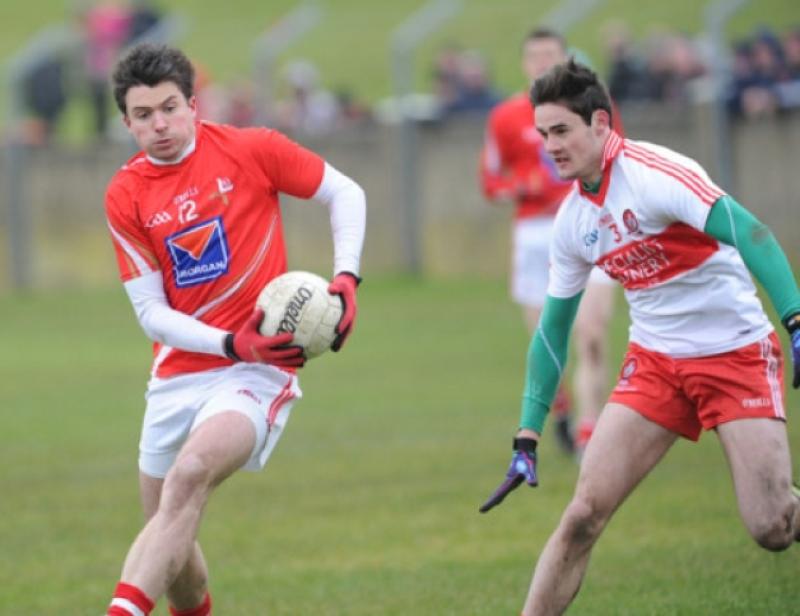 Louth’s meeting with Derry on Sunday week last was the 13th in the league between the counties, and like nearly all of the others it resulted in a win for Derry. The score stands at 10-1 with two draws.

Louth’s meeting with Derry on Sunday week last was the 13th in the league between the counties, and like nearly all of the others it resulted in a win for Derry. The score stands at 10-1 with two draws.

The first-ever meeting took place in 1970. I have reason to remember this one, not with any degree of fondness. I was on the right in a full-back line that also included Jimmy Mulroy and Danny Culligan - but for only about 15 minutes.

I thought I was doing okay, but the selectors didn’t, so they chucked me off. (If it had been about 20-years earlier I’d have been told to ‘lie down’. In other words, feign injury, because according to the rule at the time you had to have a sore foot or some other ailment before you could be replaced.) I wasn’t best pleased, but got over it.

Louth’s only win came as the 1983/’84 campaign took shape. Jimmy Mulroy was in his second stint as manager, and the win at Swatragh was one of three in succession, Tyrone and Roscommon also falling victim of a team which included several from the Leinster Championship-winning U21 side of 1978.

Fourth up was a meeting with Wexford at St Brigid’s Park, a game Louth were expected to win handsomely. But with the strawberry-pickers taking inspiration from Seamus Fitzhenry’s big performance on the forty, the points went for export. Louth went on a downward spiral after that, and instead of being in the hunt for promotion to Division One were lucky to avoid relegation.

This backward glance comes as today’s Louth side line-up for a not unimportant match with Longford. A win will remove all danger of relegation, but even if the result goes the wrong way, it doesn’t automatically mean a drop to Division Three. Longford are already gone, and they’ll be joined by Armagh if the Applemen lose to Galway.

Dublin and Tyrone have been very good in Division One, while Fermanagh are an attractive bet for promotion for the second campaign running. But the big story of the league so far has to be Westmeath, who are guaranteed promotion from Division One.

At the beginning of last year’s league, their manager, Pat Flanagan, was lamenting the absence of the Garrycastle players, who were preparing for the final of the All-Ireland Club Championship. Also missing was goalkeeper, Gary Connaughton. They’d been beaten by Louth in round one, a game that had the four-pointer tag hung on it.

Westmeath survived, as indeed did Louth, and having avenged that Haggardstown defeat a number of weeks back, the maroons are through to the final round unbeaten. Flanagan has done a great job.