Louth and its connection with the Ireland team 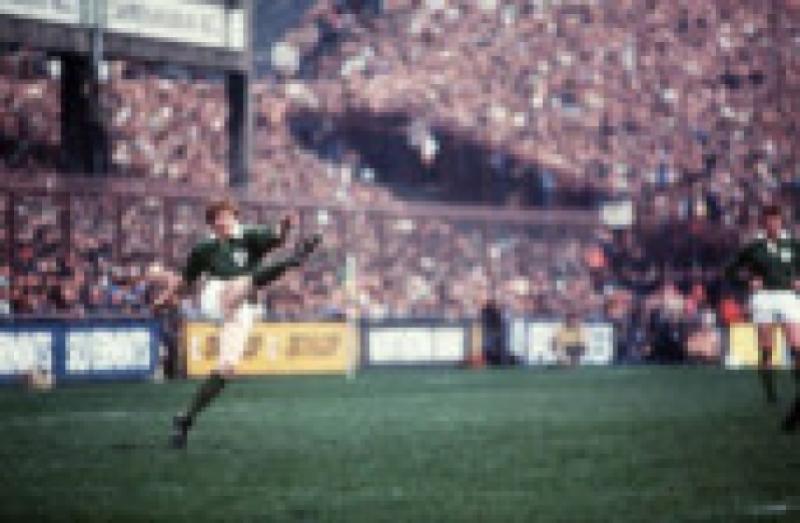 It’s growing, this list of rugby Internationals to which this county can lay claim.

It’s growing, this list of rugby Internationals to which this county can lay claim.

Those with only smidgen of interest in the game can tell you that Robert and David Kearney are proud sons of the Cooley, and that another current member of the Ireland team, Devin Toner, has also strong peninsula connections.

Robert Kearney was the first of that trio to win International recognition, and had just taken his place at No 15 for the first time when Annagassan-born Colm Callan’s exploits in the green jersey were recalled.

Colm, who died in 2010 aged 87, won ten caps playing as a lock forward, four of them coming in 1948 when Ireland, with the great Jackie Kyle also included, won the Grand Slam for the first time. The Triple Crown was retained the following season, and Colm, who played for Lansdowne, was again involved.

It had only been pointed out here a few weeks ago, the Wallace brothers, Paul, David and Richard, Irish Internationals and the only three siblings to play for the Lions, have a Stabannon-born mother, when word came in of Jordi Murphy’s mid-Louth connection.

Jordi (23), who takes his name from the patron saint of the city where he was born, Barcelona, is son of the former Nicola Carroll, whose dad, Noel, was an Olympian, running for Ireland at the Tokyo and Mexico City Games. Noel was European 800m Indoor champion three years in succession, and also ran a sub four minute mile at a time when that was considered an achievement.

With the likes of Jamie Heaslip and – when he returns from injury – Sean O’Brien to contend with, Jordi Murphy faces stiff opposition in his bid for a permanent place in the back row; but he’s believed to be highly thought of by the former Leinster and current Ireland team boss, Joe Schmidt. Most likely to see action in this weekend’s Six-Nations tie with Italy, Jordi was at Dundalk’s Mill Road along with the Kearneys and Toner for Leinster’s training session last year, watched by, among hundreds of others, his Dunleer-based granduncle, Patsy Carroll.

As this piece reaches its last few paragraphs, it could be they’re screaming over in Ardee: “What about Ollie Campbell?”

No, we haven’t forgotten the ginger-haired No 10, who played a significant role in Ireland’s 1982 Triple Crown win, the first to come this way in 30-years. Ollie had solid Deeside connections, and often visited when his career was at its height and after he retired.

Campbell won just 22 caps, but the total would surely have been more had he not the outstanding Tony Ward to contend with for the No 10 shirt. Their tussle was akin to the one that developed between Ronan O’Gara and Jonny Sexton as the former’s glittering career drew to a close.